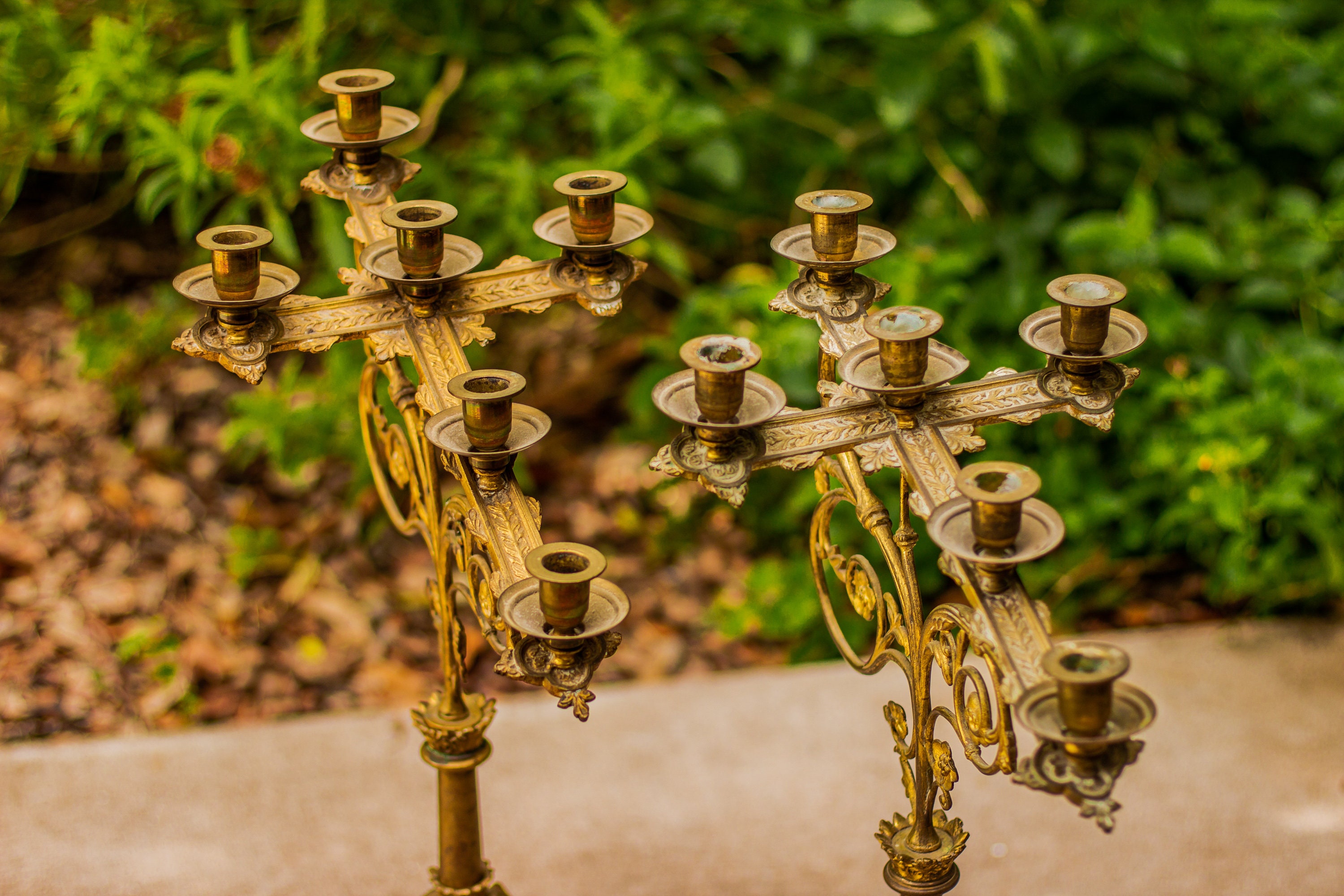 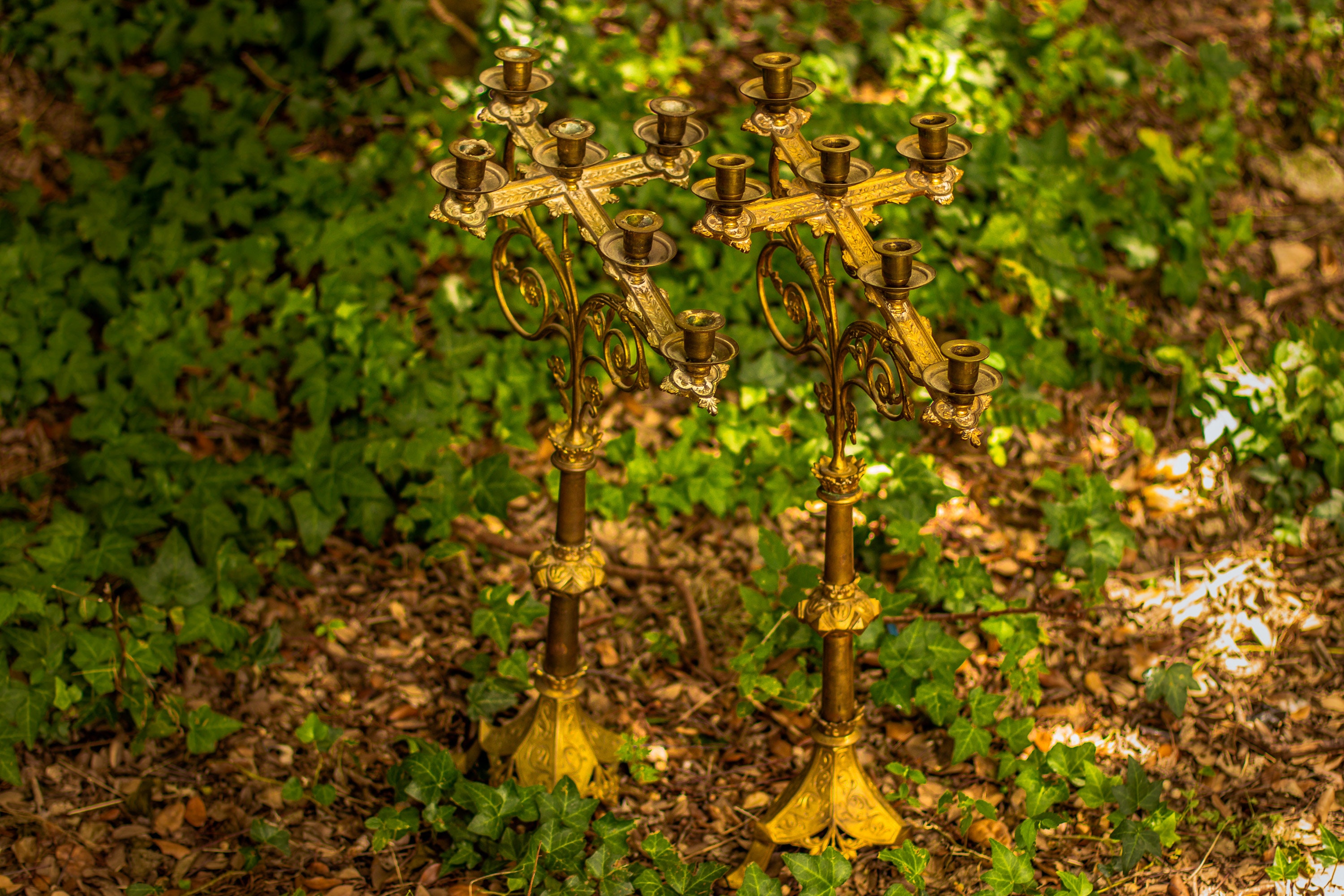 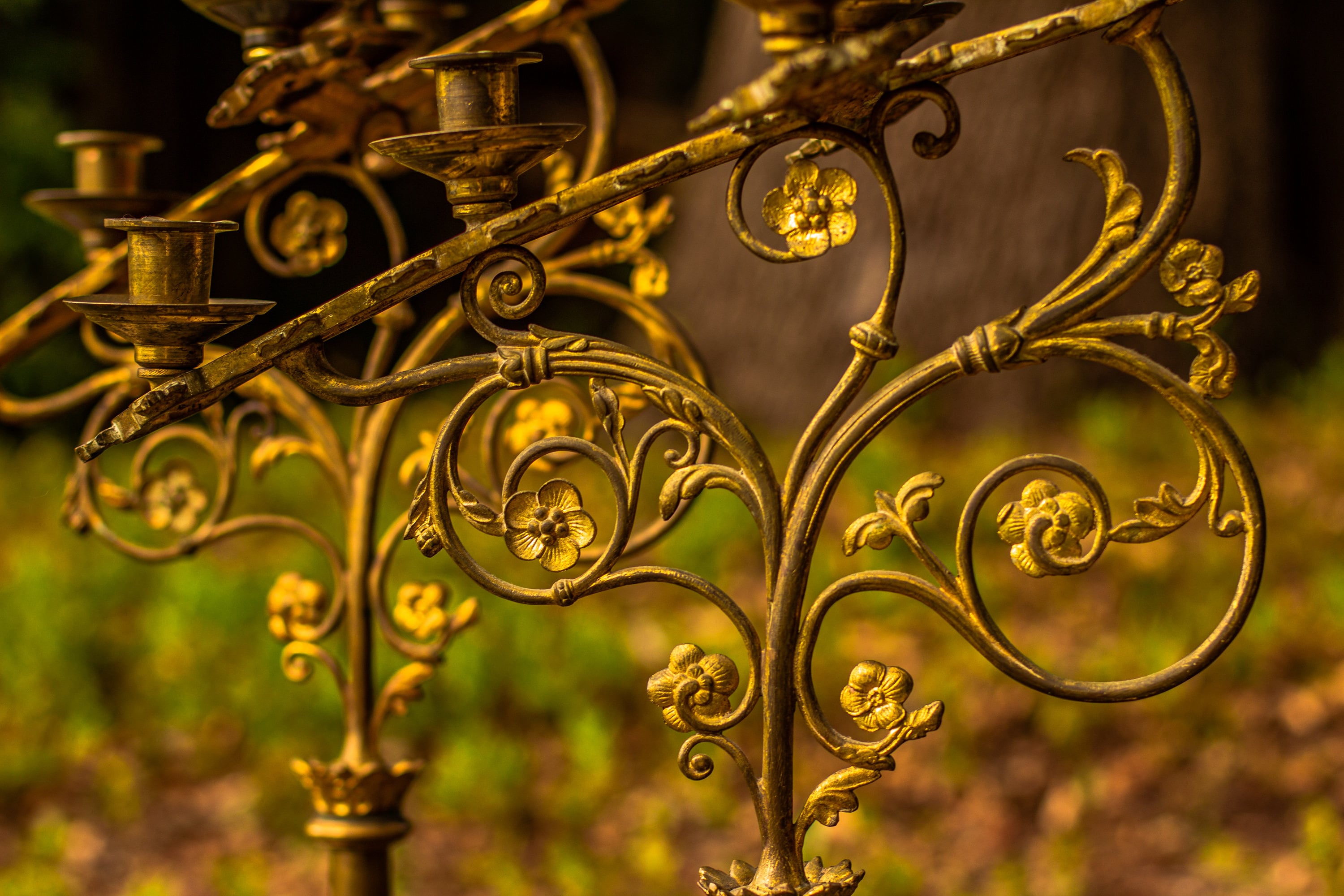 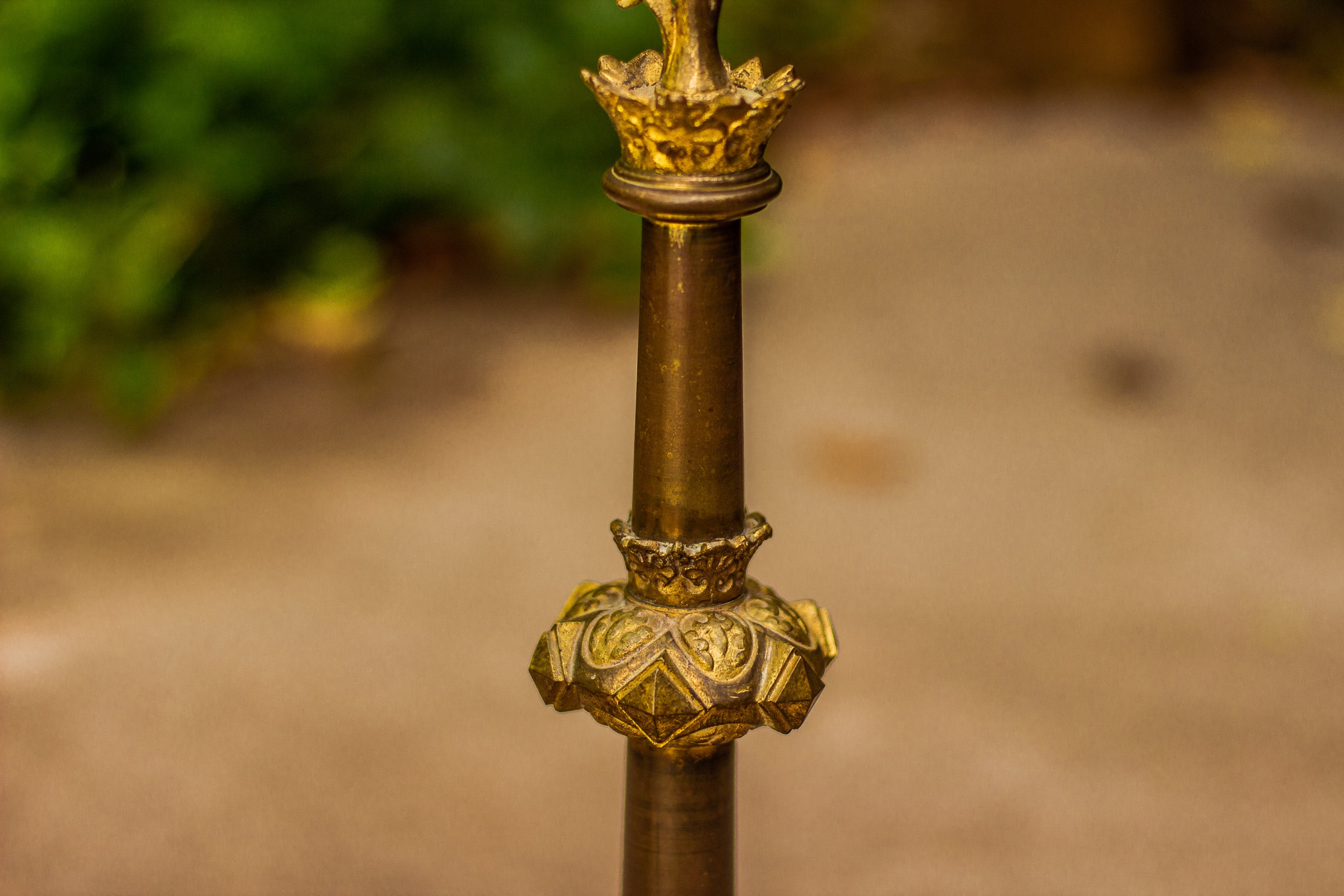 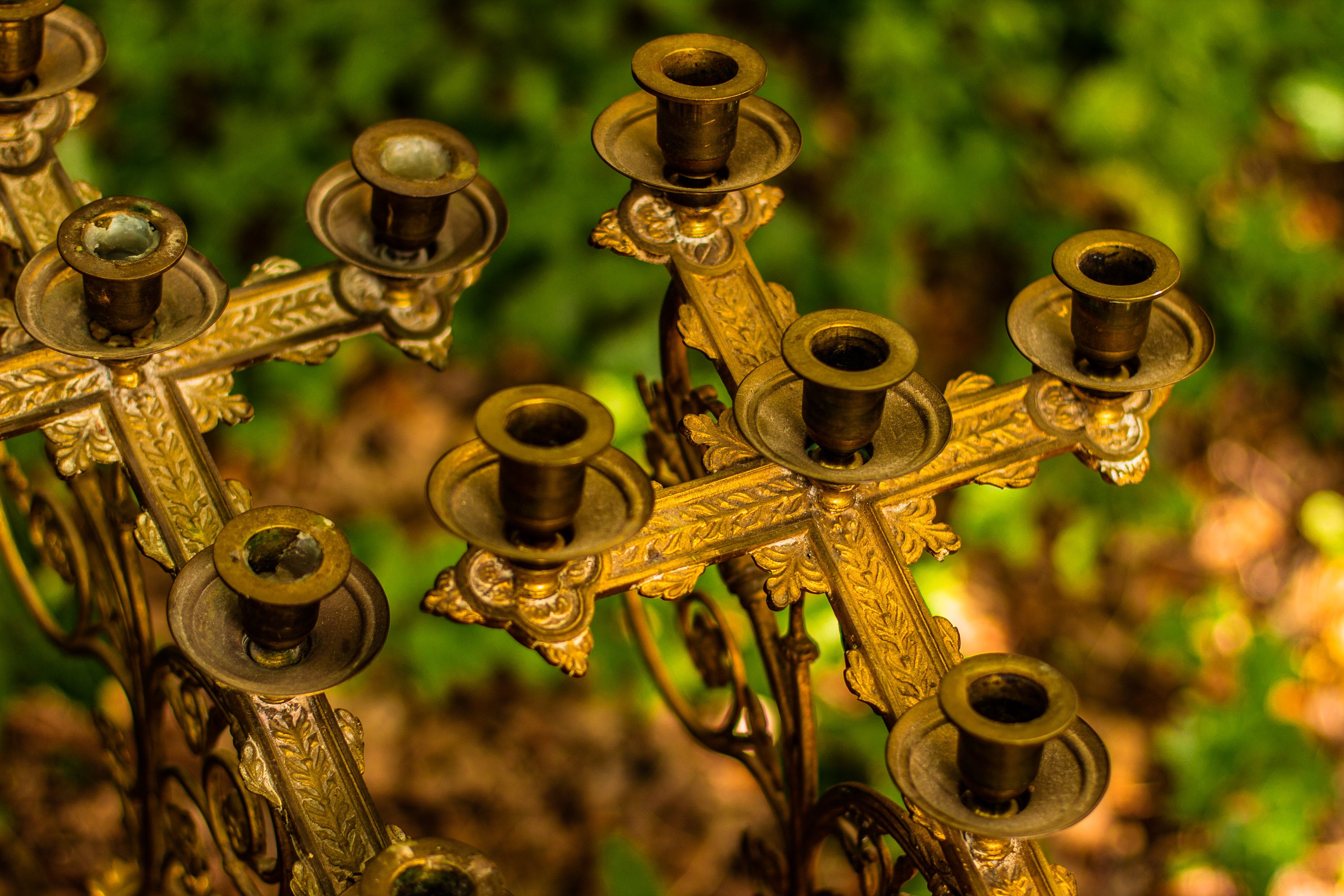 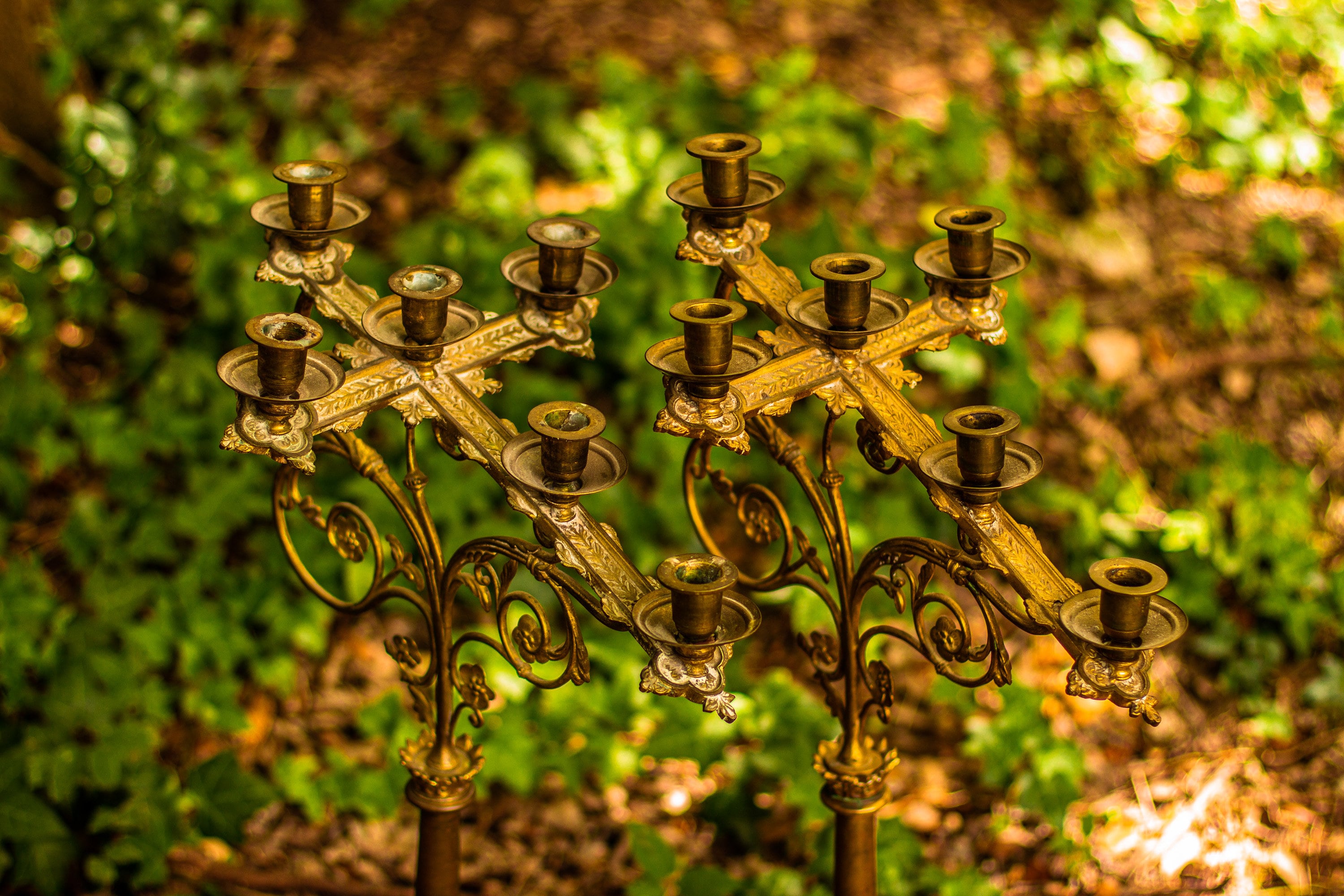 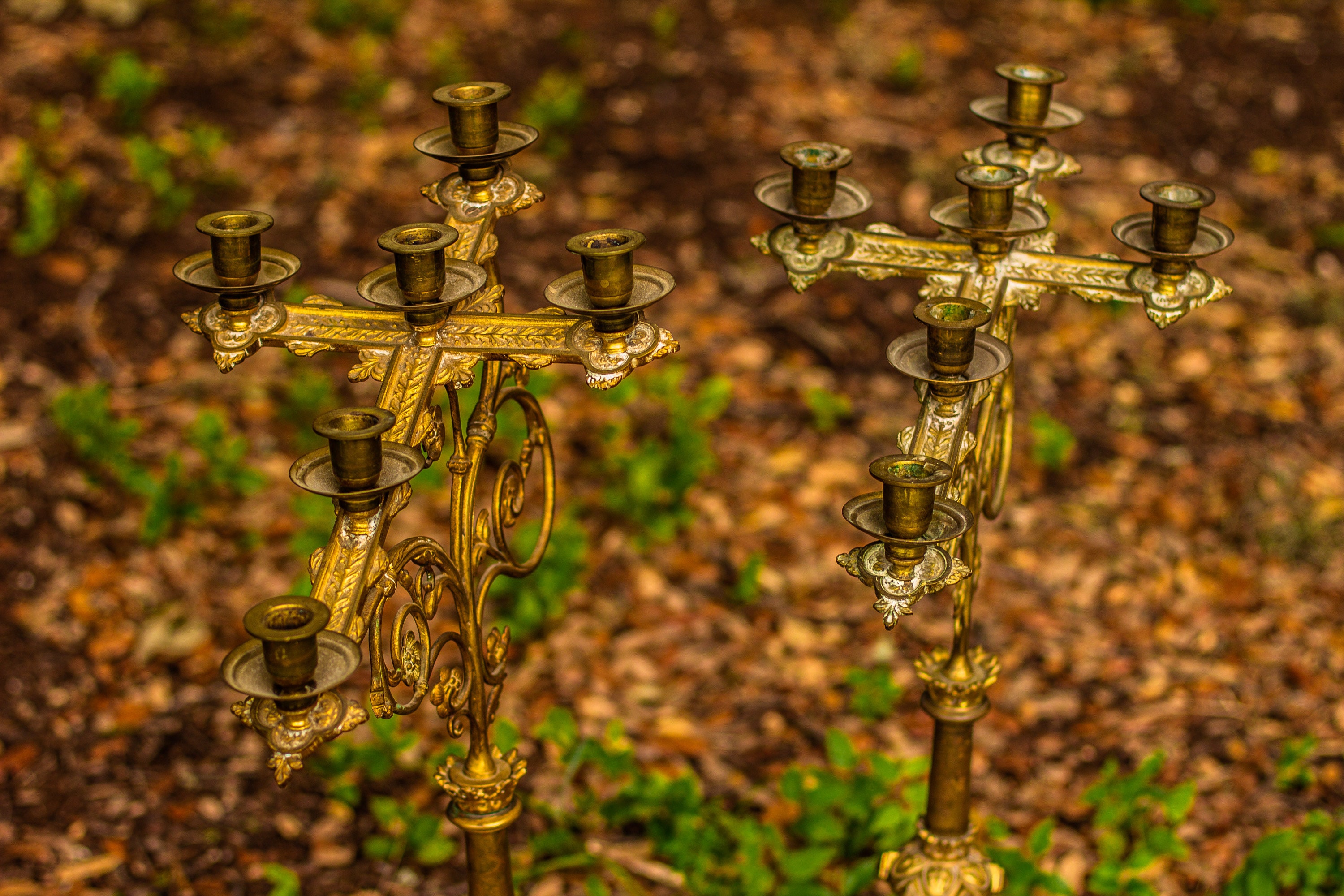 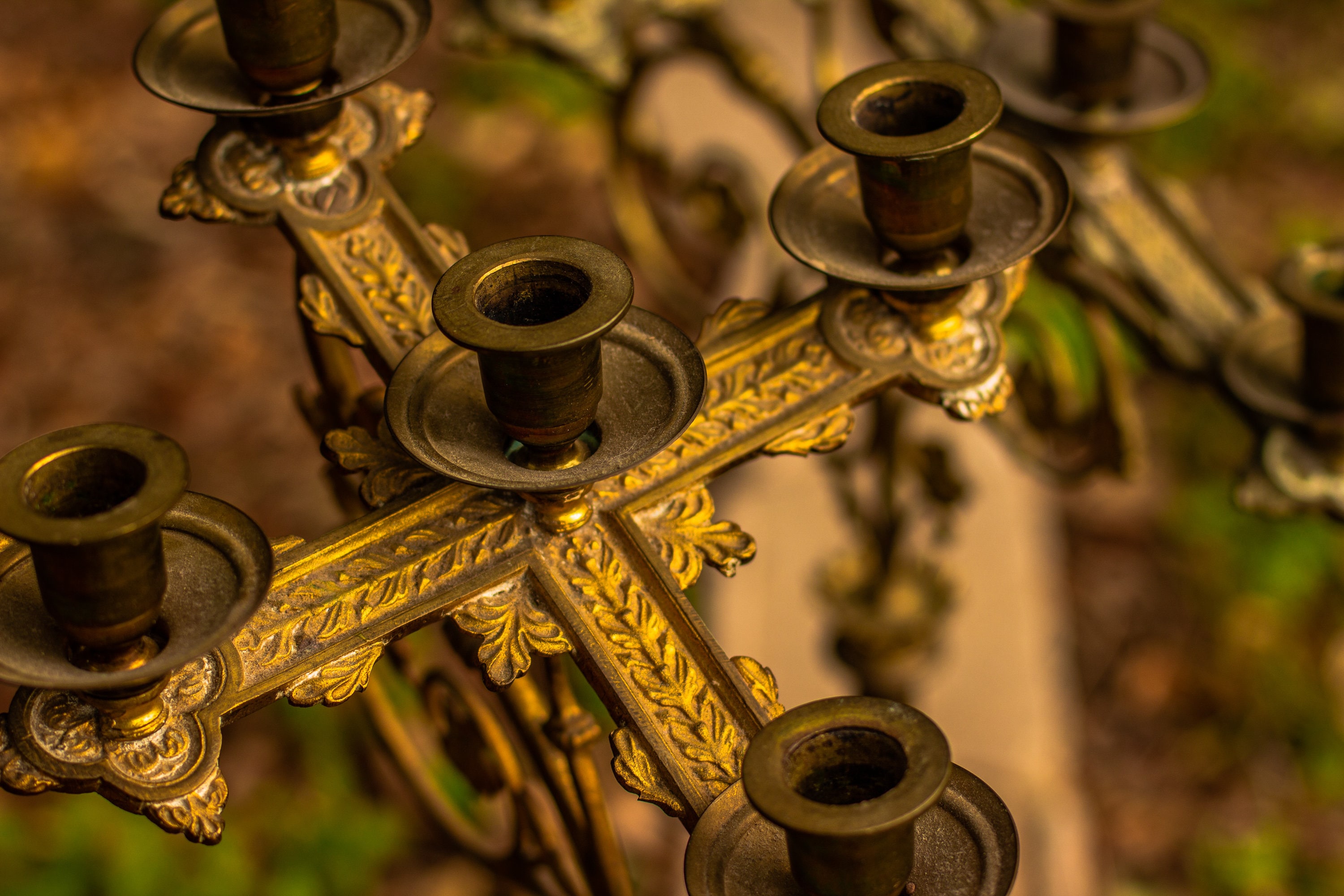 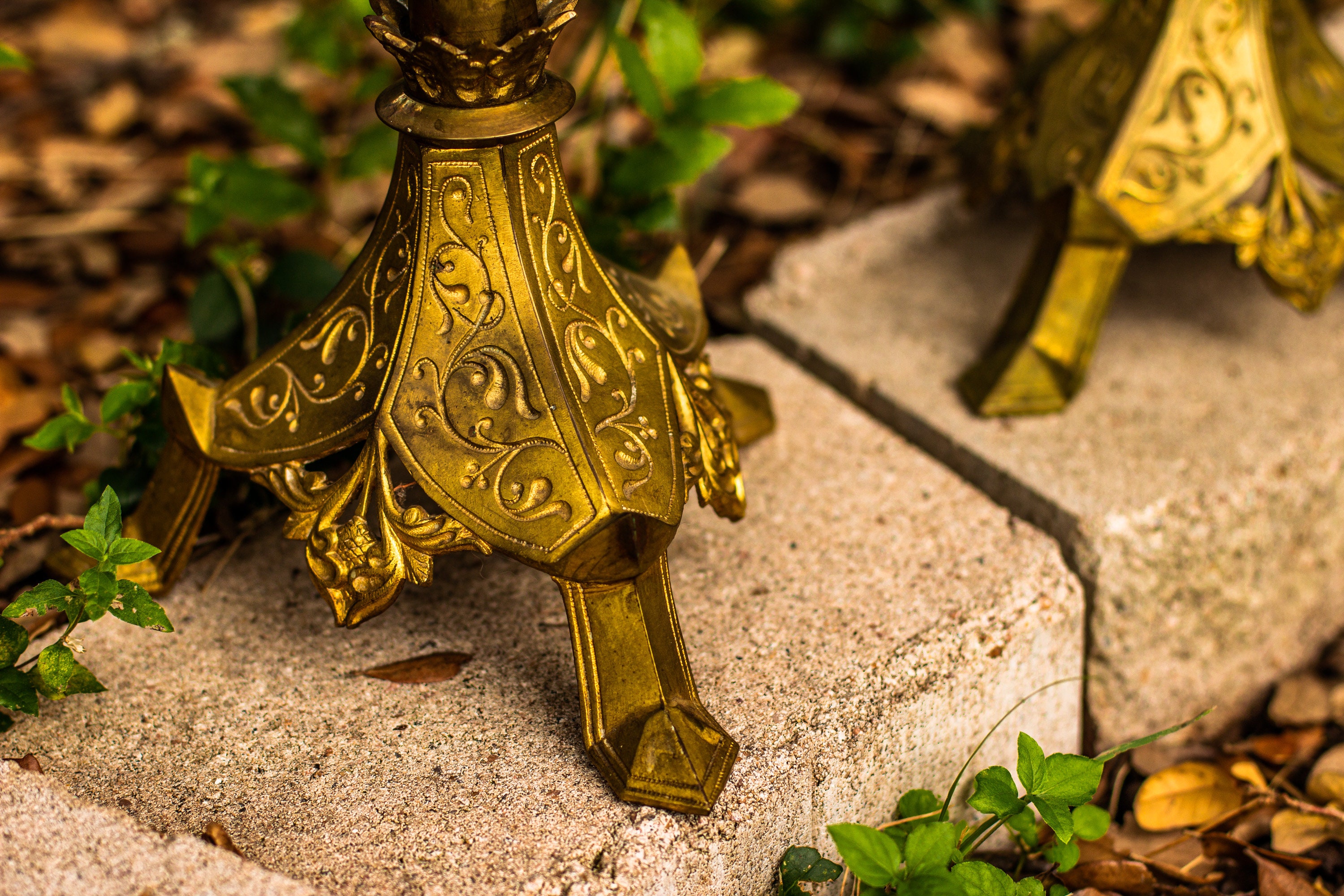 Your eyes do not deceive you. This pair of French budded cross candelabras from the 1800's were imported here to the US by illustrious Texas business owner Michael Butler of Elgin-Butler Brick Company, formerly Butler Brick Works. He and his wife traveled Europe collecting treasures, and we're proud to present to you this awe-inspiring pair of beautifully crafted heirlooms.

Here's a bit of history on the Butlers:

In 1866, Michael Butler arrived in New York with aspirations of discovering great opportunity in the United States. Like many Irish immigrants, he traveled west from New York to Wisconsin and Missouri seeking opportunity and acquiring different skills along the way. With time, Mr. Butler honed his craft as a brick mason as he continued to move westward— and eventually south—to Dallas, Texas.

Mr. Butler built his first brick manufacturing plant in 1870, then sold it to his brother Patrick only three years later. In 1873, Mr. Butler moved to Austin where he founded Butler Brick Works, one of the first great mercantile establishments in the area and the predecessor to Elgin-Butler Brick Company. After being passed through four generations of Butler family members, Elgin-Butler Brick Company remained family-owned until it was sold in December 2005.

These fine candelabras have been beautifully preserved over the years. Each piece holds 6 candlesticks on a slanted budded French cross base, which sits atop a beautiful floral vine motif. The Victorian era is dripping through the overall design and artistry of this beautiful pair, and they are sure to stun onlookers for generations to come.