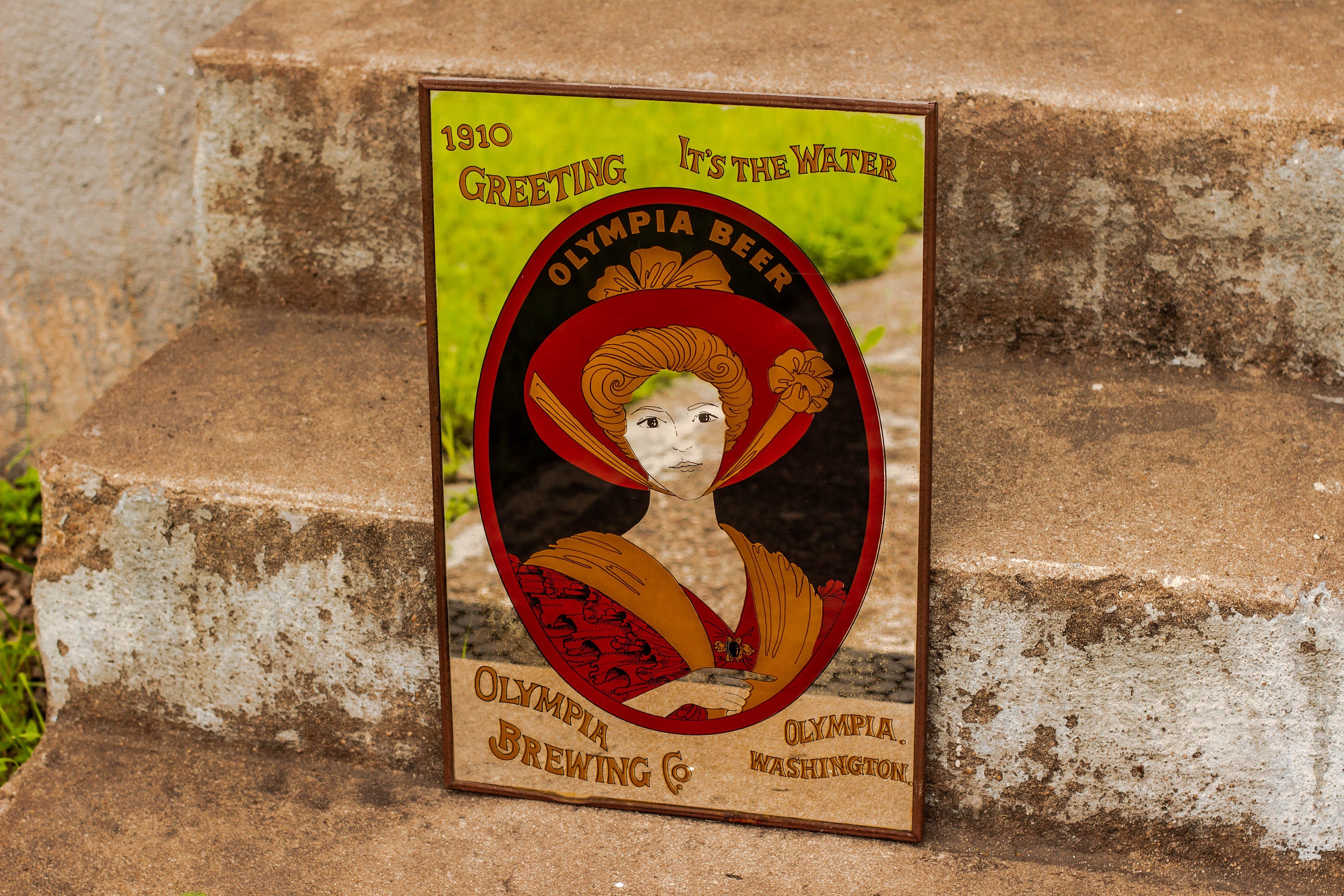 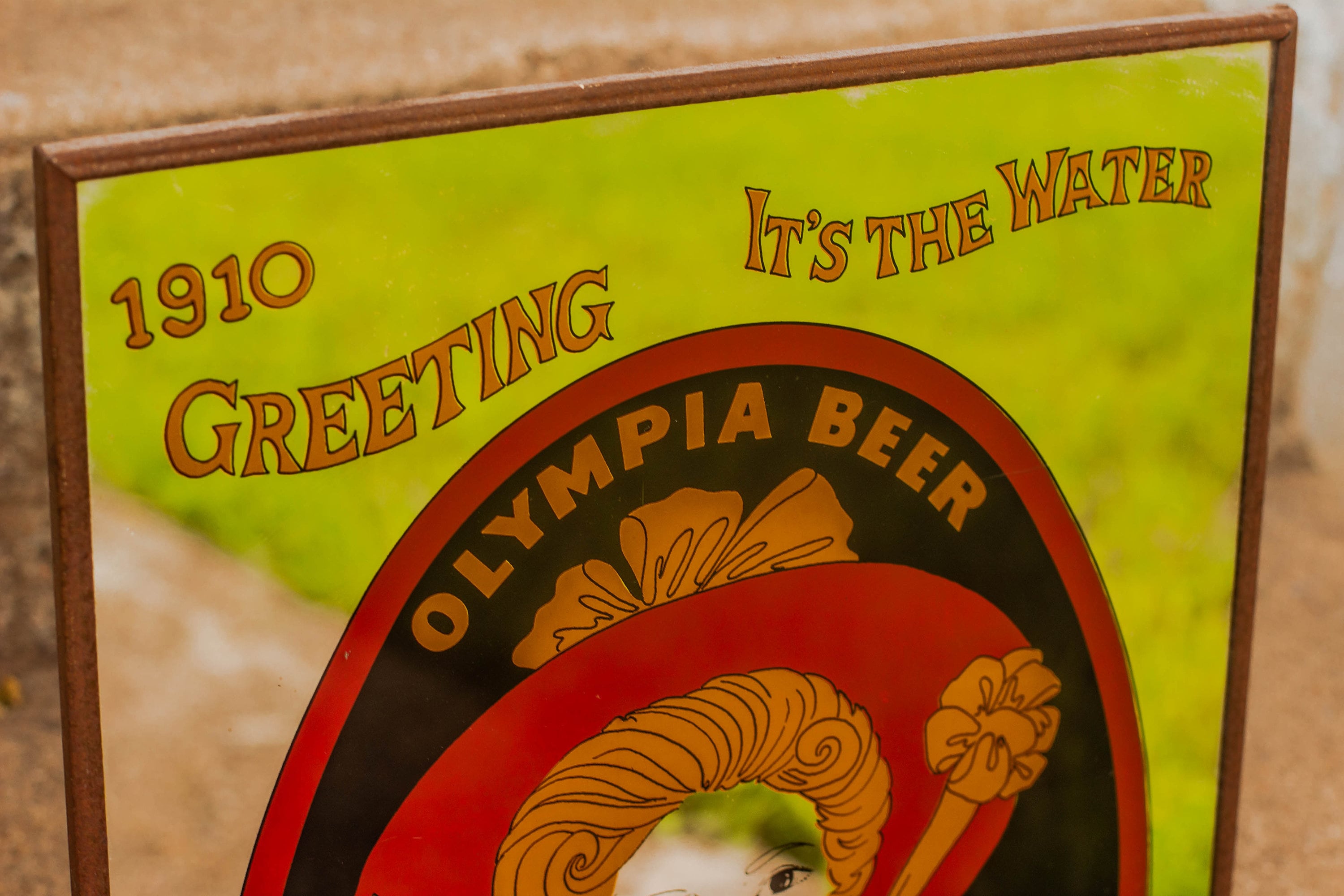 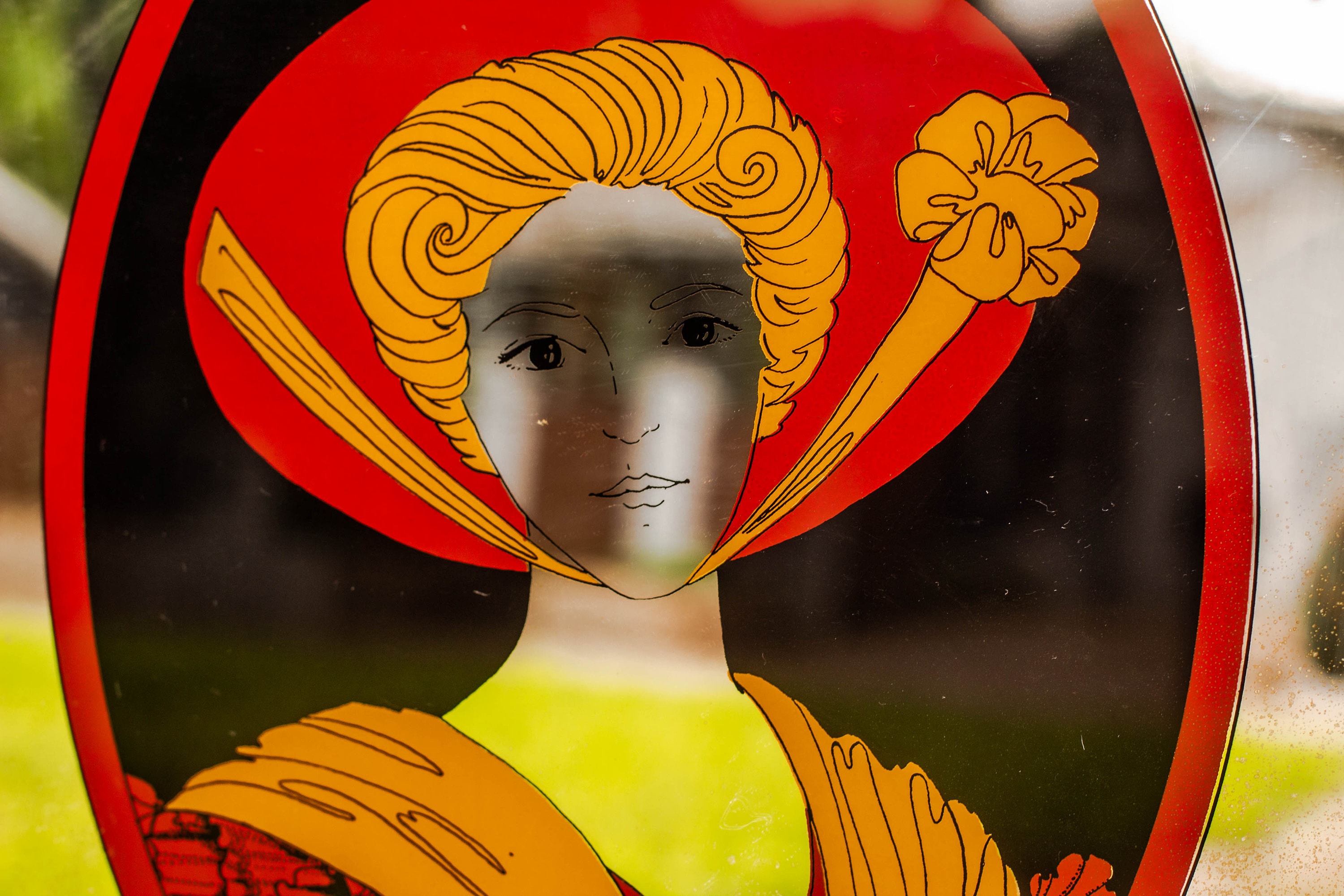 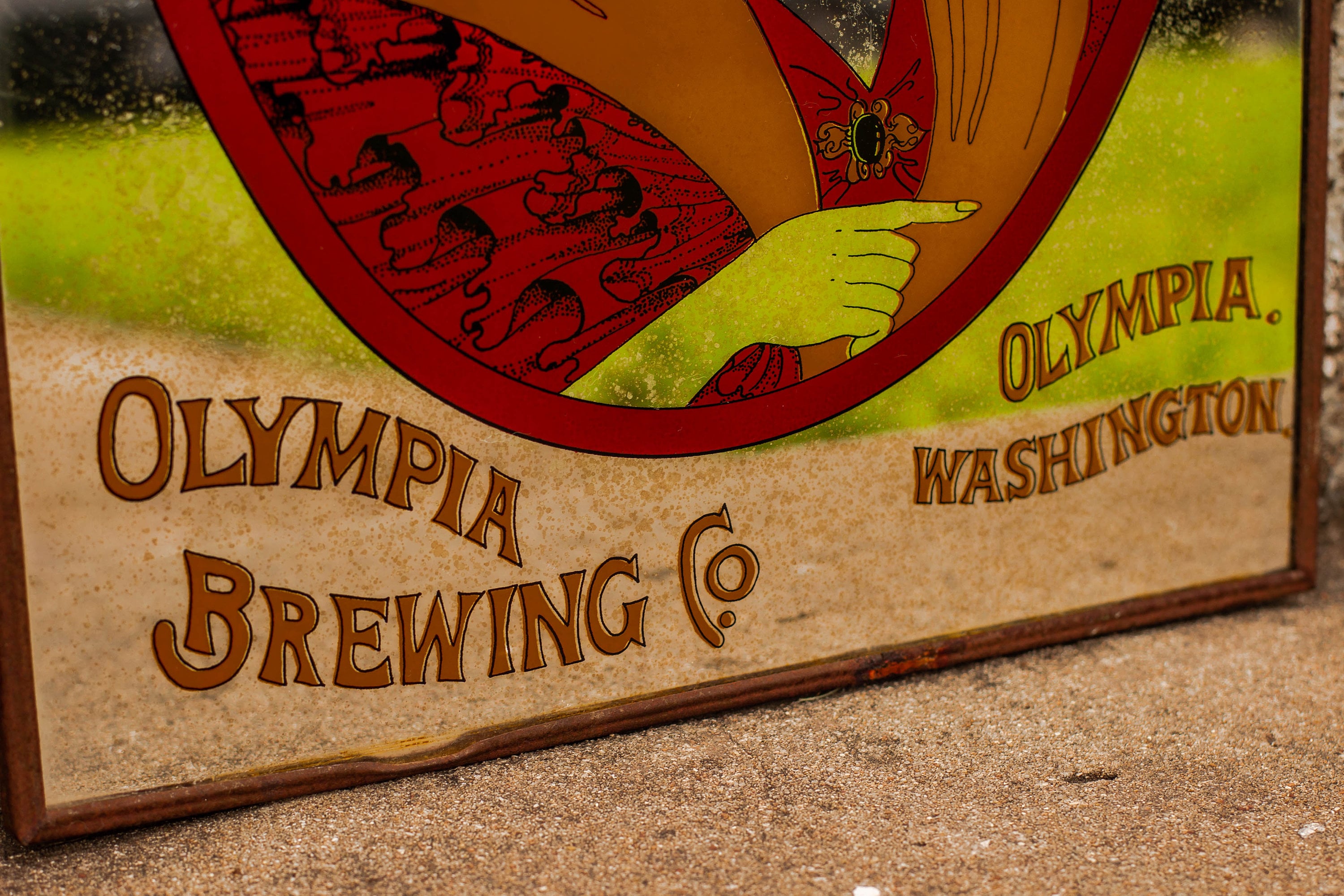 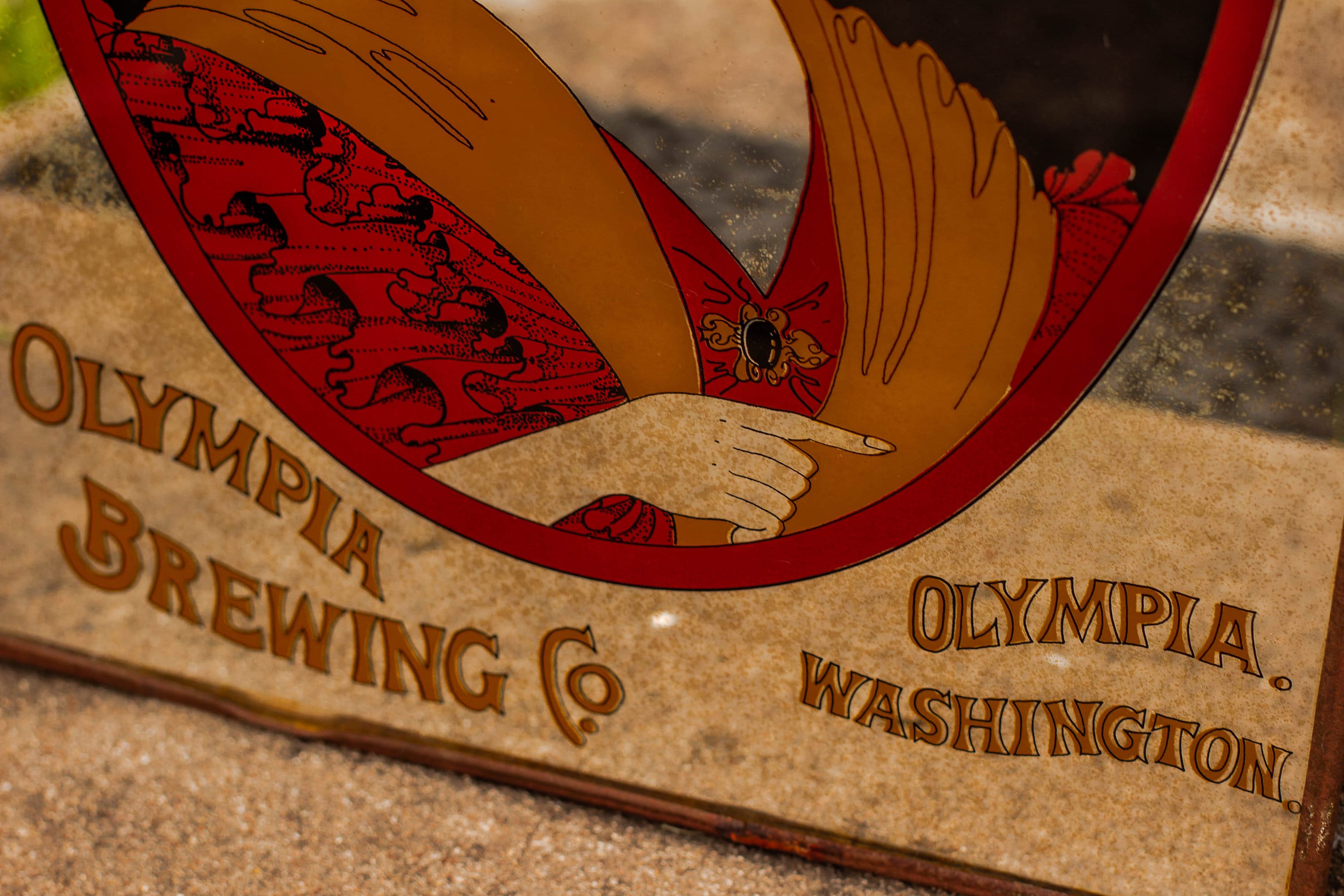 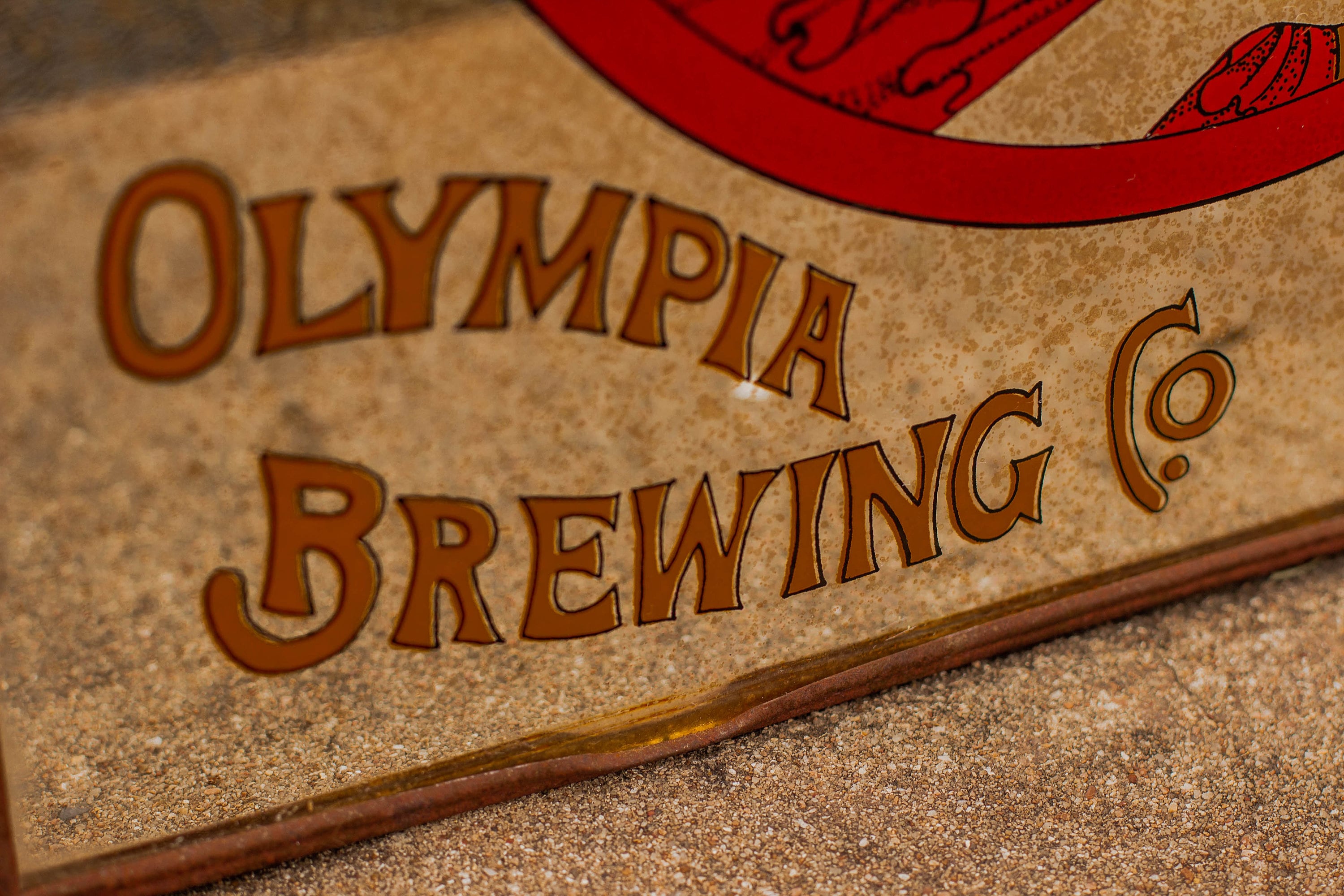 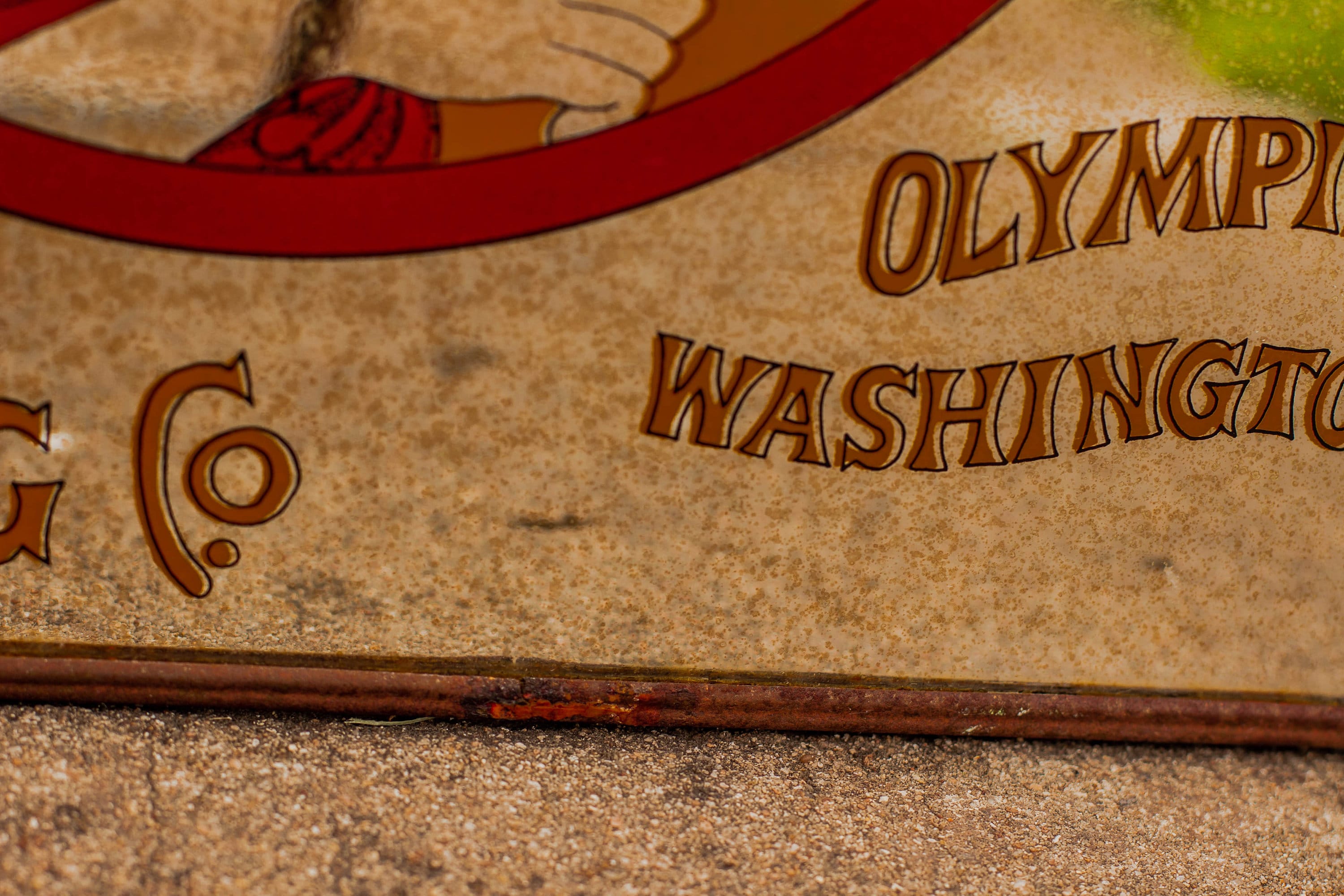 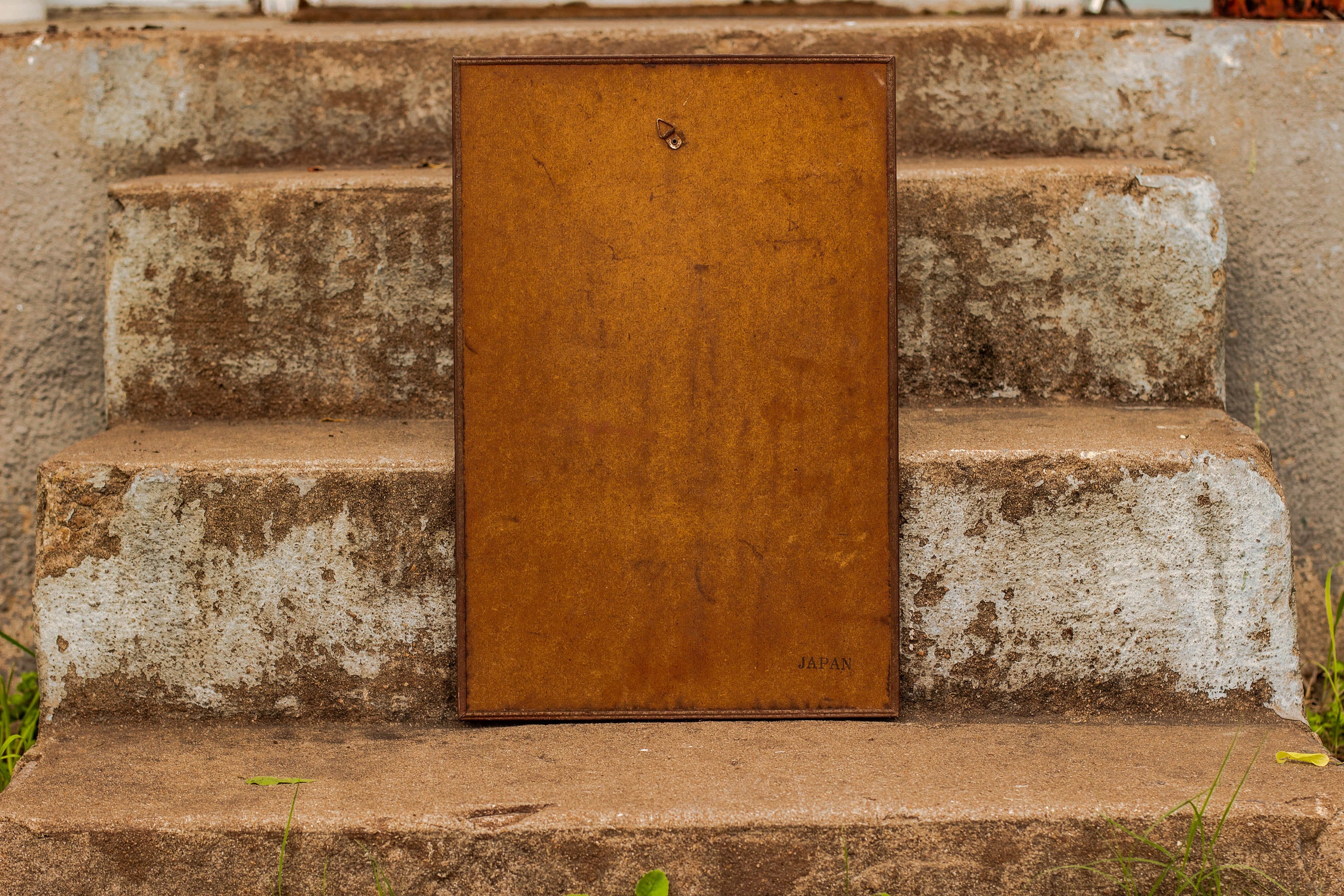 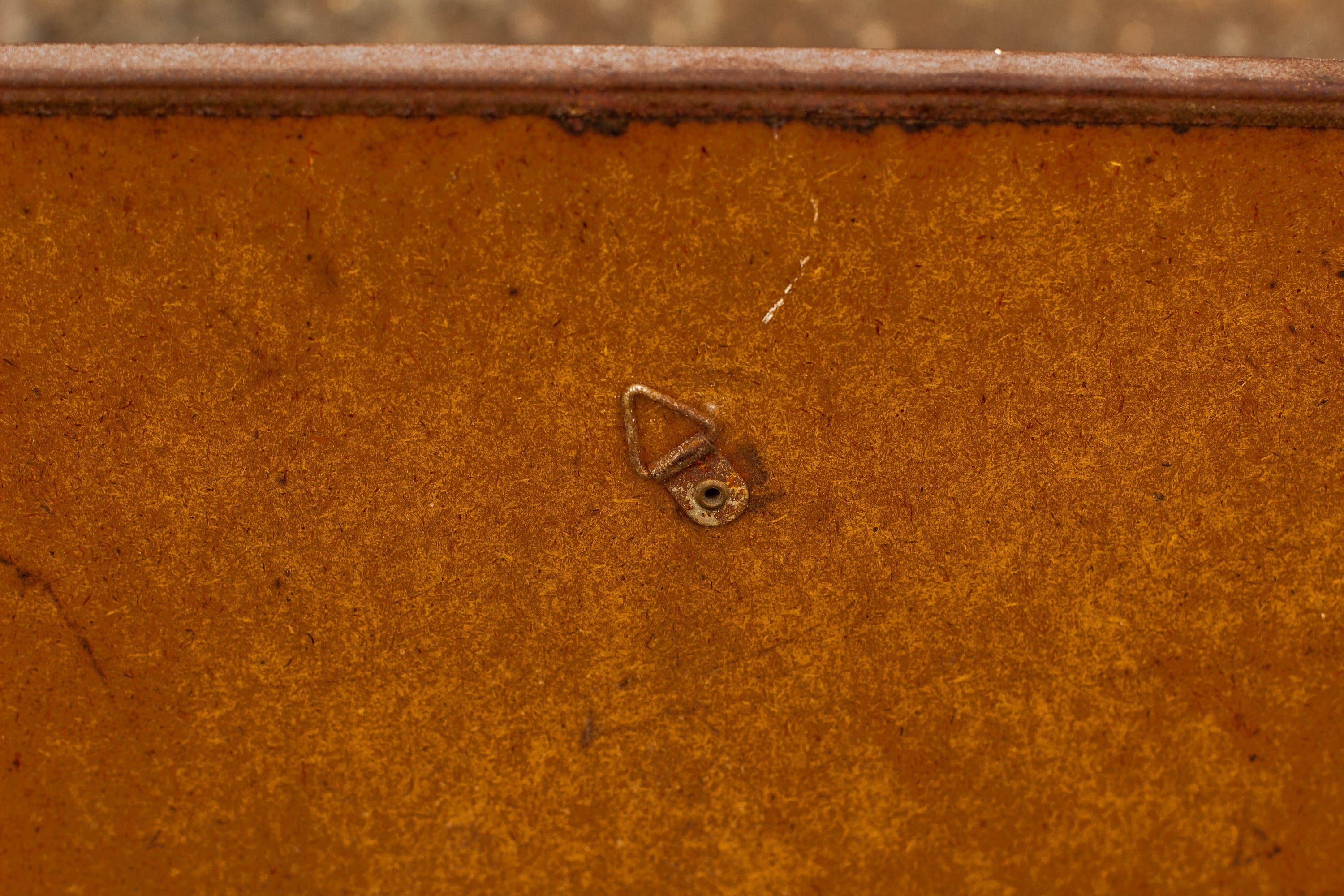 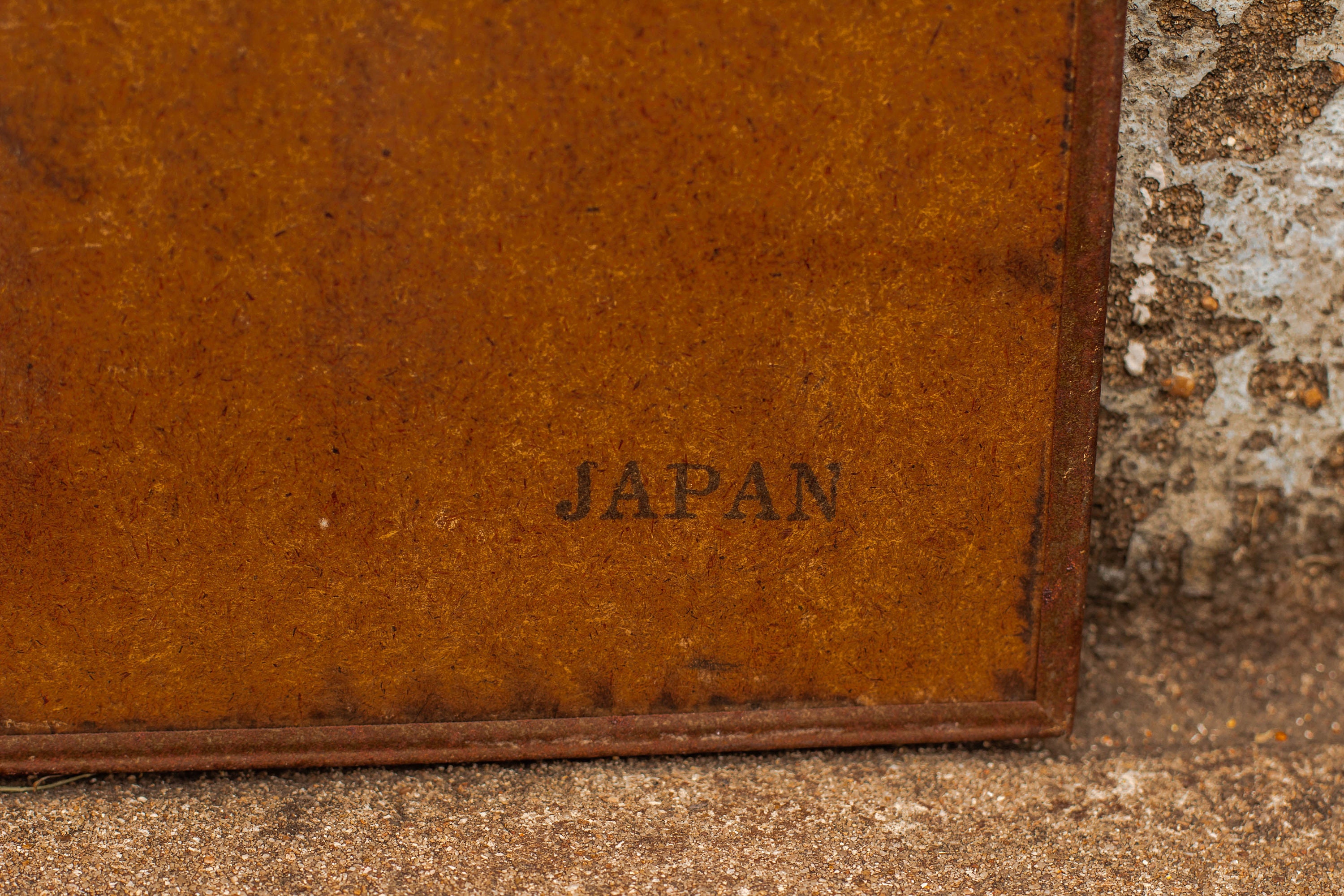 This über stunning Olympia Brewing Co. beer mirror is the rarest of its kind. We haven't been unable to find a duplicate!

This piece is positively dripping with Art Nouveau dreaminess from the typeface to the stylish lady. Truly a beautiful, timeless design.

The condition is spectacular! Absolutely no scratches, chips, or cracks, and only minor spotting on the bottom half of the mirror. It is wrapped in a sturdy steel frame which has been rusted over, and one part of it is slightly bent at the bottom. See detailed photos for condition.

So much charm and history in this piece! Ready to mount, and on the back you'll see "JAPAN" stamped in bold lettering.

Leopold Schmidt, a German immigrant from Montana founded The Capital Brewing Company at Tumwater Falls on the Deschutes River in the town of Tumwater, near the south end of Puget Sound. He built a four-story wooden brewhouse, a five-story cellar building, a one-story ice factory powered by the lower falls, and a bottling and keg plant and in 1896, began brewing and selling Olympia Beer. In 1902, the firm became Olympia Brewing Company, with Frank Kenney as the Company Secretary. It was Frank Kenney who proposed the slogan "It's the Water" to promote the brewery's flagship product. Statewide Prohibition, which began in January 1916, four years before National Prohibition, ended beer making operations. After Prohibition ended, a new Olympia Brewery was erected just upstream from the original, and Olympia beer went back on sale in 1934.

Olympia was a very popular regional brand in the Pacific Northwest for half of a century. It eventually expanded nationwide, repositioned as a low-price lager. During the 1970s, Olympia acquired Hamm's and Lone Star, and also produced Buckhorn Beer, which had previously been a product of the Lone Star Brewing Company. Until the mid-1970s, competitor Coors of Colorado had a limited 11-state distribution area; Washington and Montana were not added until 1976, and Oregon did not approve sales of Coors in grocery stores until 1985.

Between 1970 and 1980 Olympia faced flat revenues among consolidating nationwide breweries and, in 1982, the Schmidt family, which owned and operated the brewery and company, elected to sell the company. Olympia was subsequently purchased by G. Heileman Brewing Company in 1983, which was purchased by Stroh Brewery Company in 1996. In 1999, Pabst bought most of the Stroh brands, including Olympia.