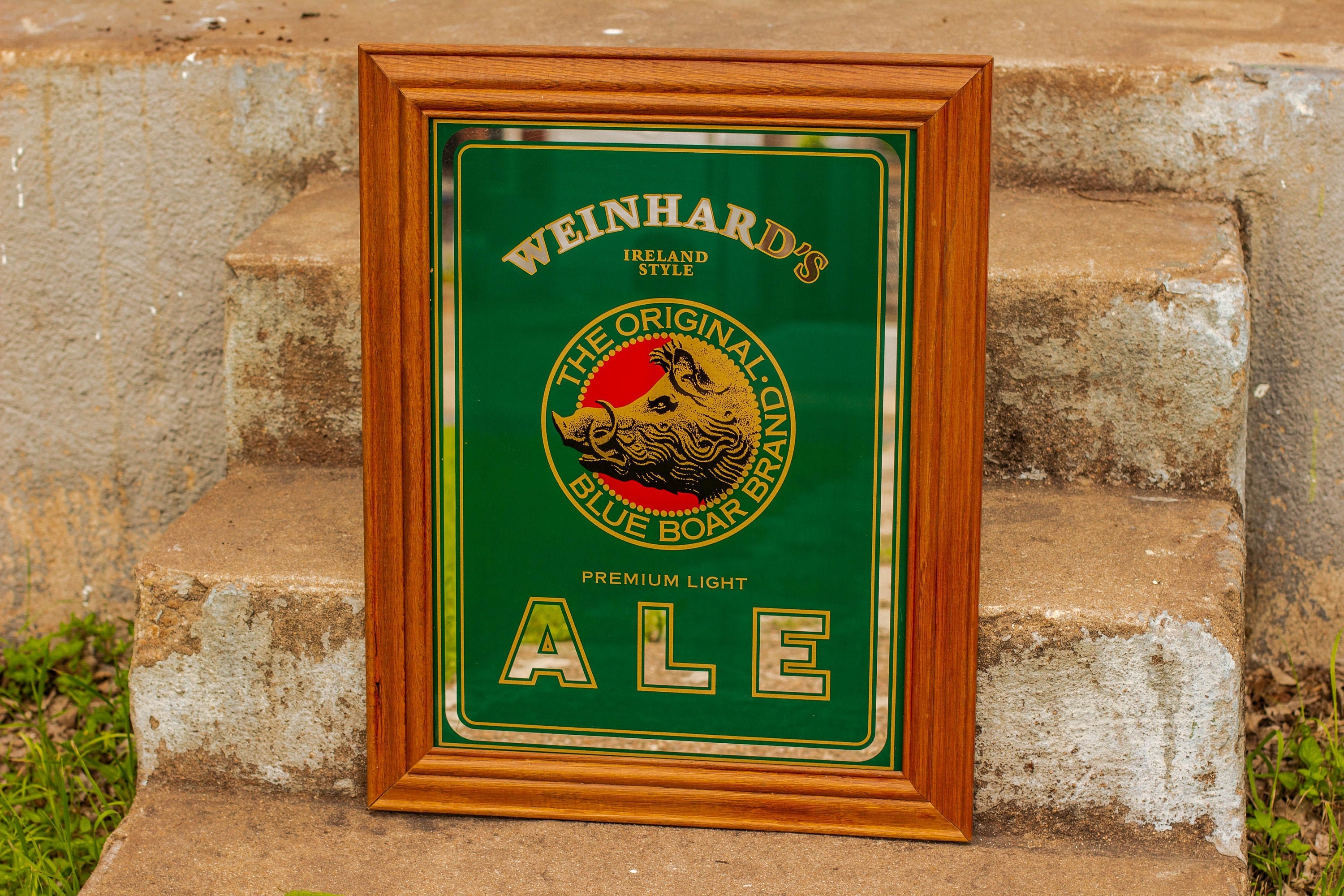 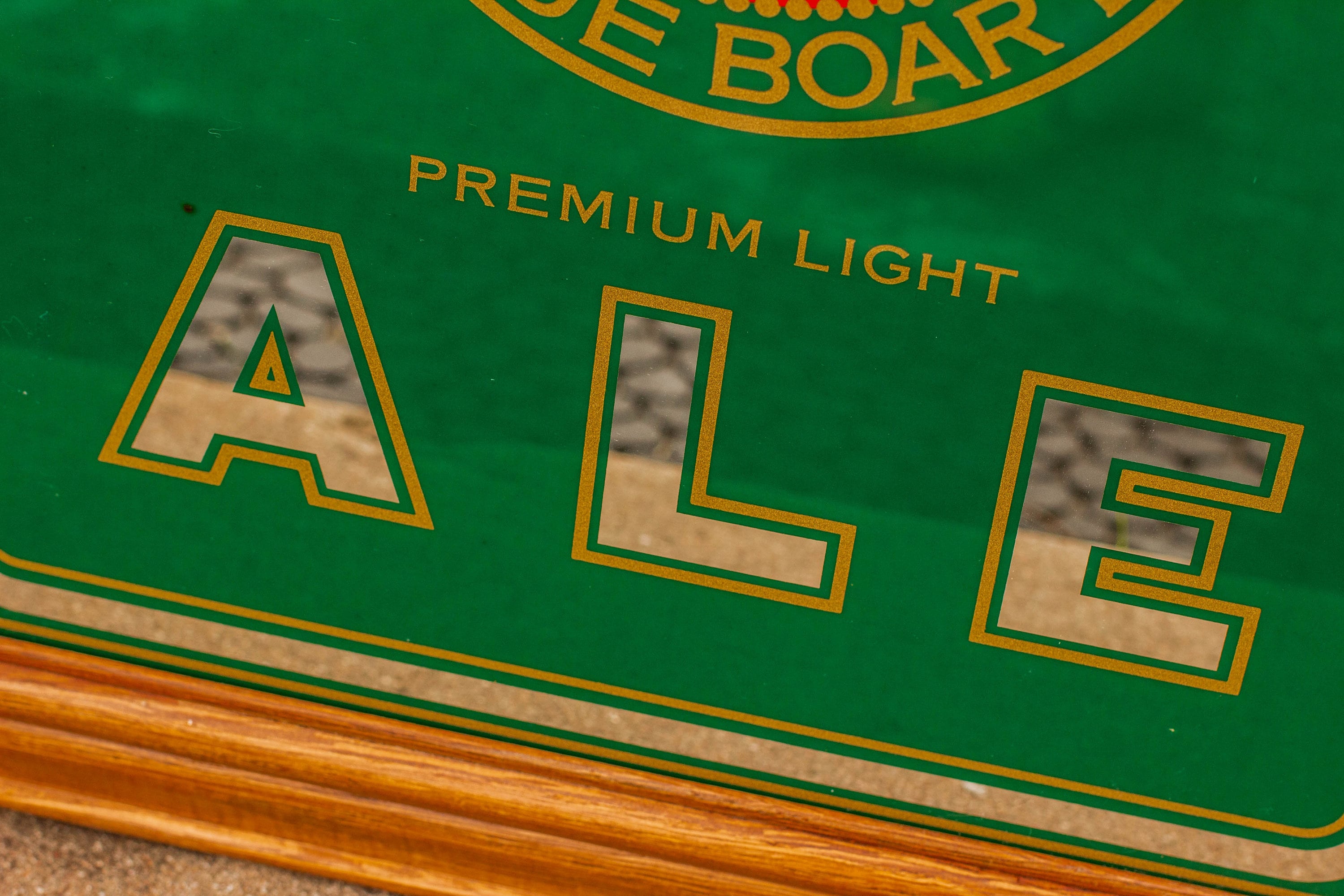 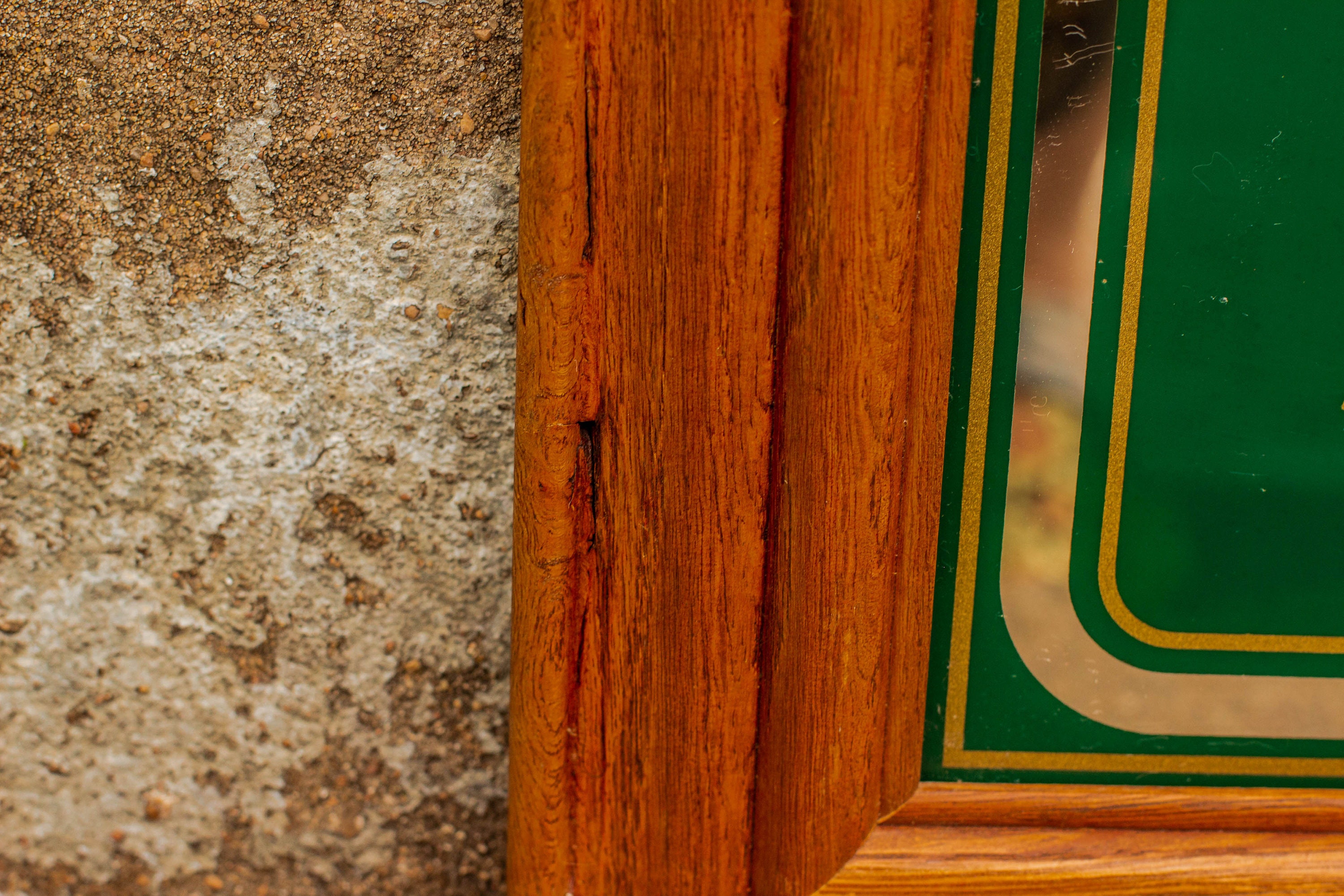 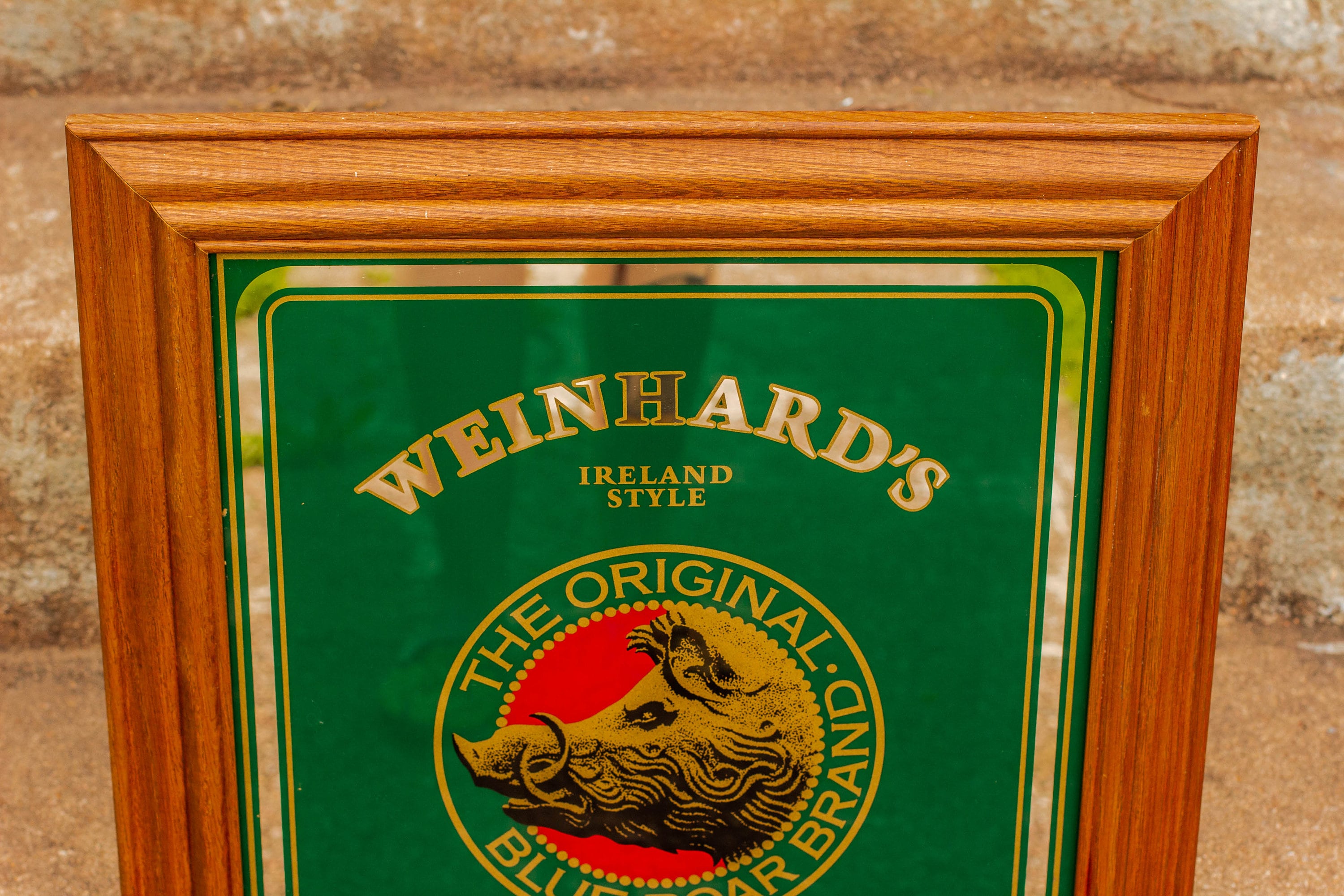 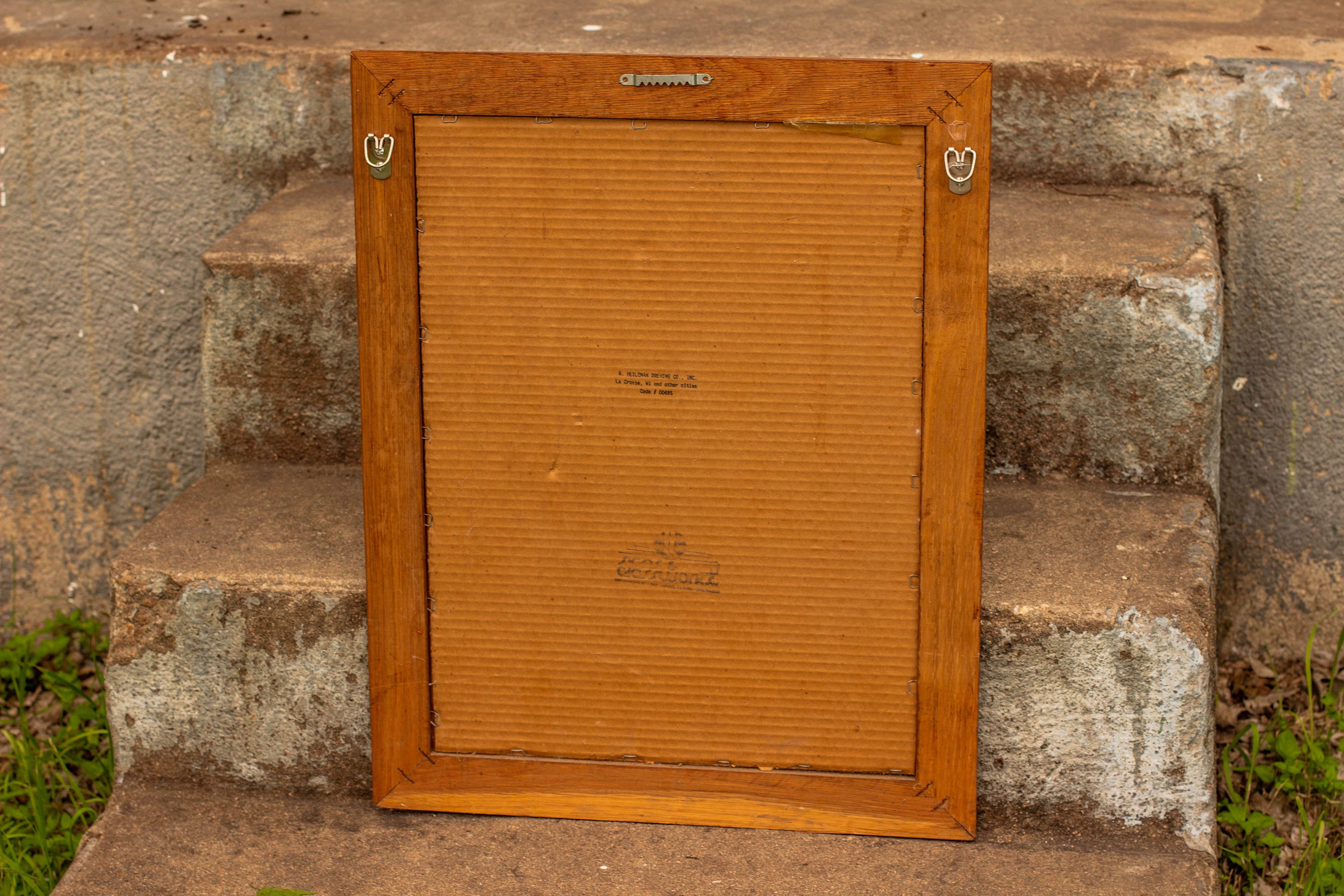 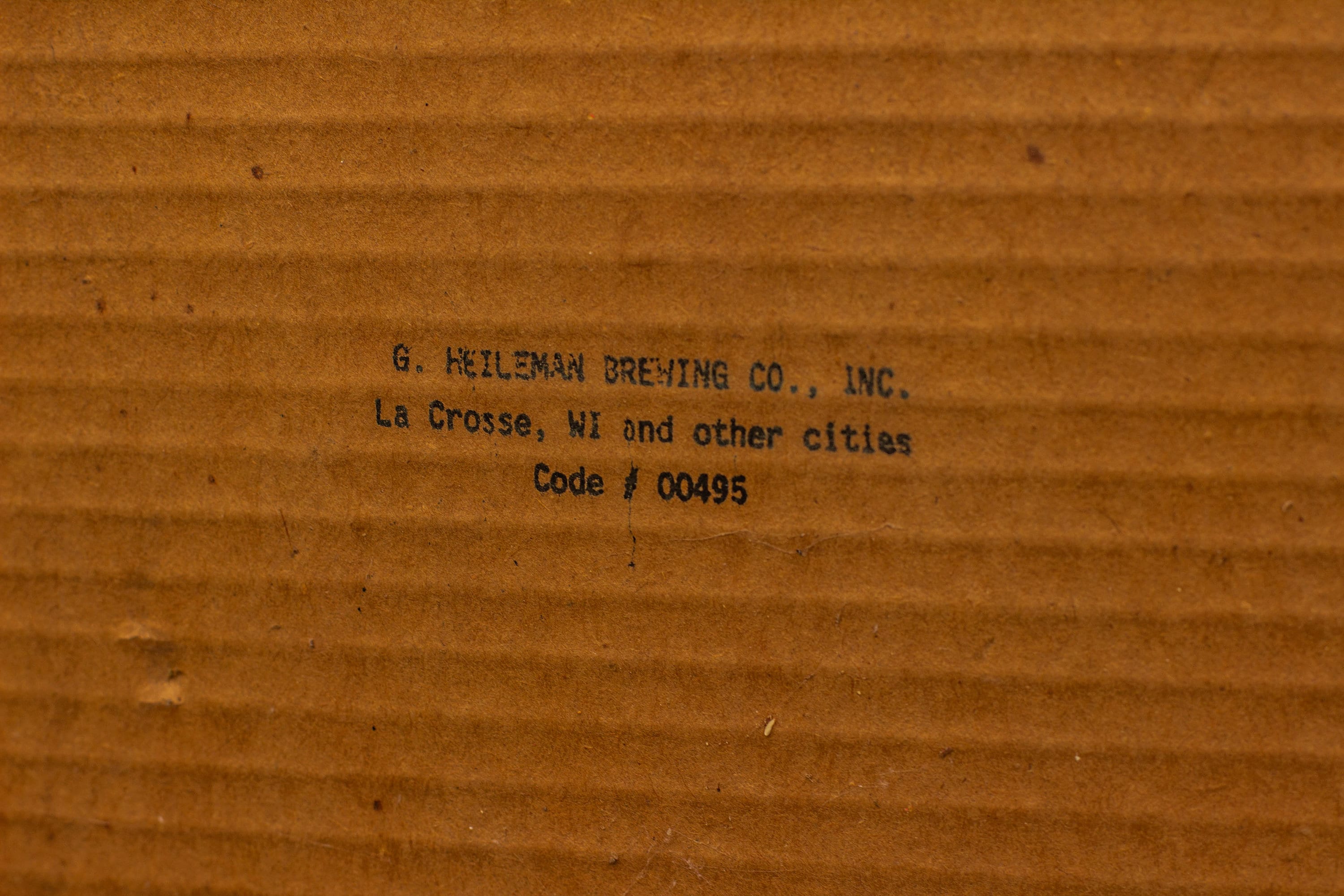 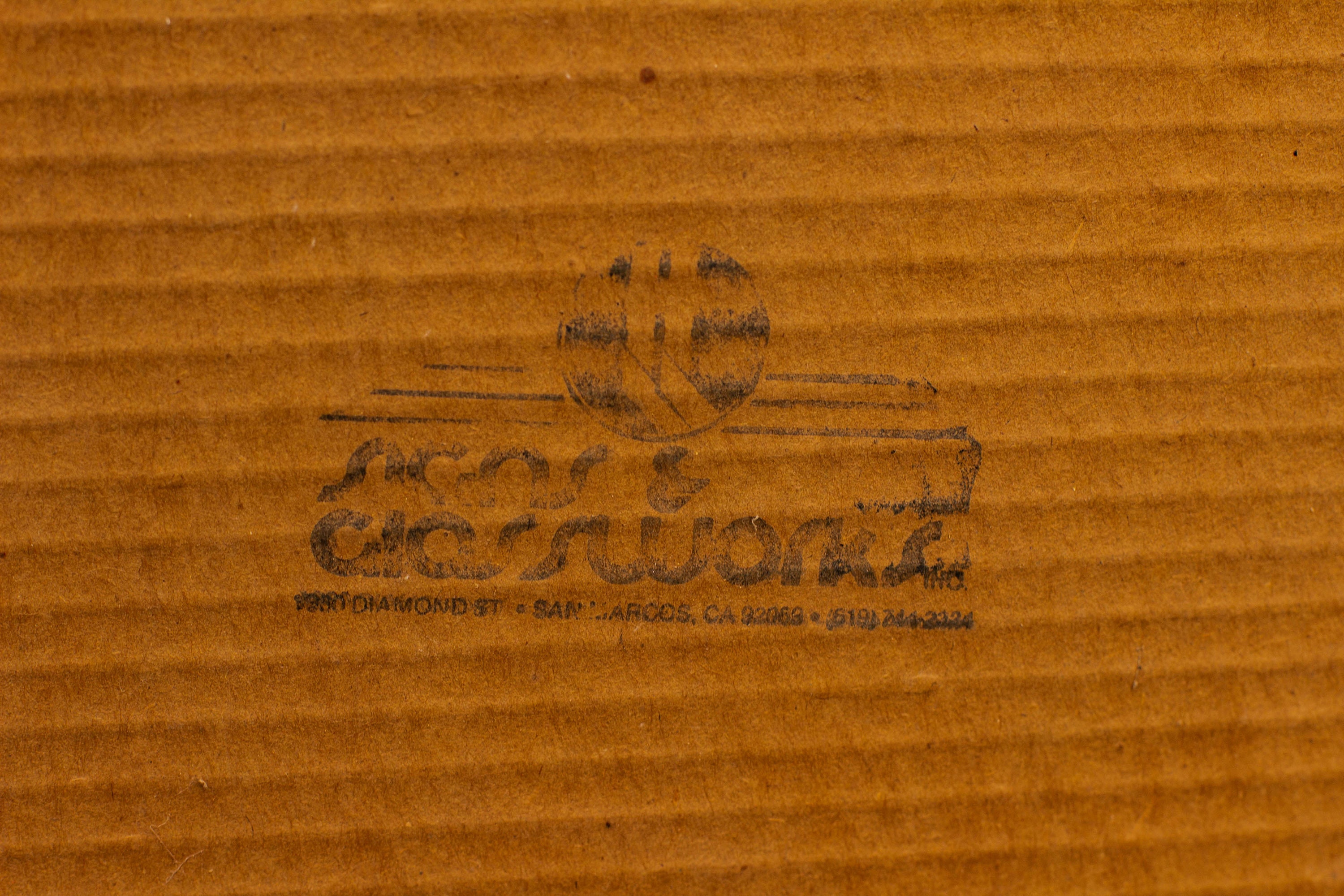 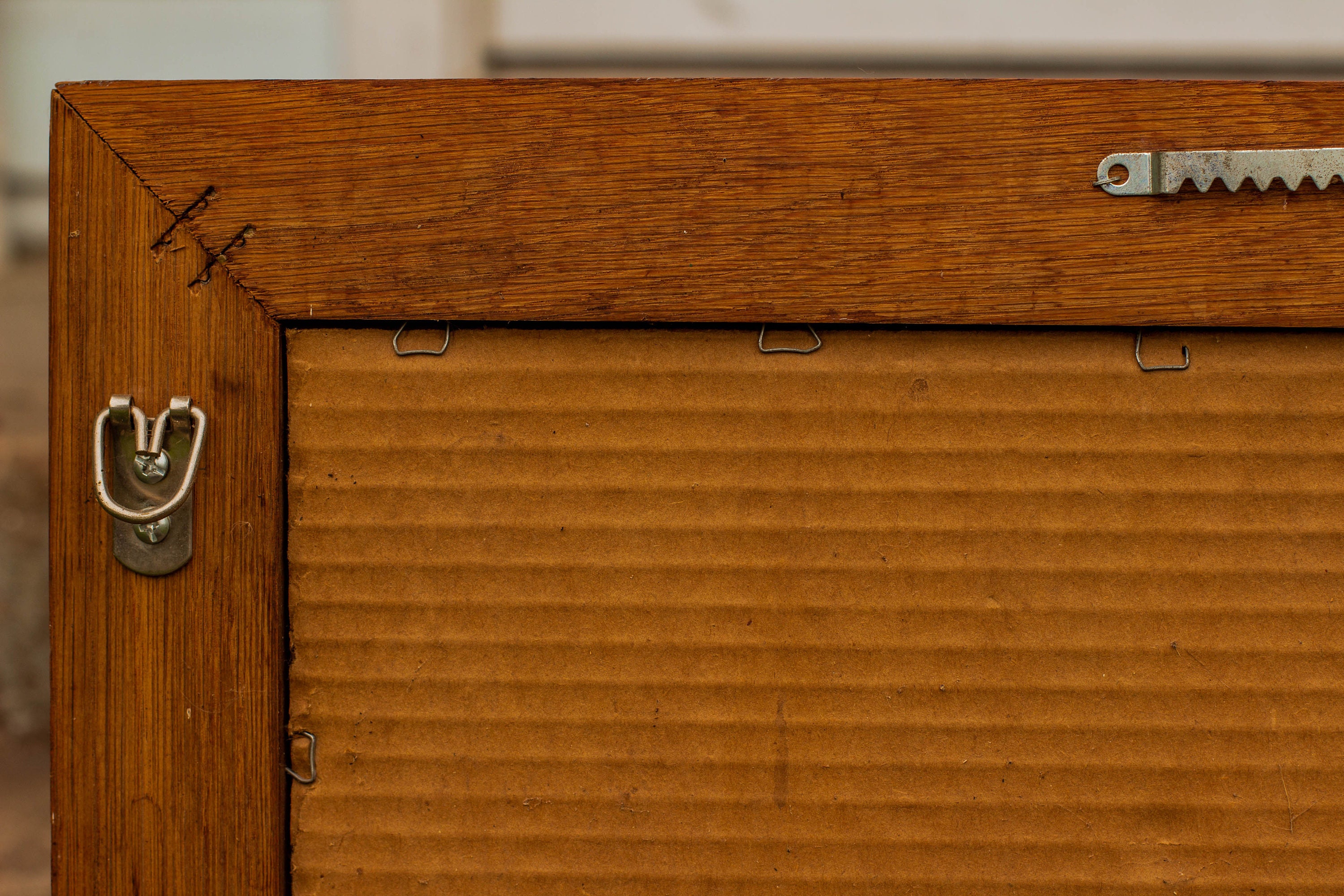 Weinhard's Ireland Style Premium Light Ale mirrored beer sign would be the perfect addition to any mancave or dive bar's collection! The mirror is set in a real wooden frame. There's natural aging within the frame itself along with some minor nicks and scrapes as pictured, and some surface wear to the glass, but none to the artwork itself. Its bold, rich gilded lettering is sure to command attention!

The imagery features a bright green background with a boar prominently placed as the focal point of the mirror - as is concurrent with Weinhard's Blue Boar Ale branding even to this day.

Henry Weinhard's Private Reserve and Blitz-Weinhard are brands of beer first brewed in 1856 in Portland, Oregon. The brewery was owned by the brewer Henry Weinhard of the Weinhard family, who also made a line of soft drinks which survives to this day.

The Blitz-Weinhard brand was among several regional Pacific Northwest beers which were staples in that market during the decades following the repeal of Prohibition until they began losing market share to the national brands in the 1960s and 1970s.

*History*
In 1862, Henry Weinhard moved to Portland, Oregon and purchased an old brewery on the corner of NW First and Davis, before moving in 1864 to a facility occupying two full blocks at NW 12th and Burnside. This Blitz-Weinhard brewery in Portland survived as a production facility under several ownership changes until 1999, when it was sold by the Stroh Brewery Company to the Miller Brewing Company, who closed it down in late August.

The brewery was a fixture of an old industrial and warehouse district which, beginning in the 1990s, has become known as the Pearl District in downtown Portland, and its closure marked the beginning of a massive urban rejuvenation project. Following the closure of the Portland brewery in 1999, Henry Weinhard's was brewed at the Olympia brewery in Tumwater, Washington until that brewery too was closed in 2003. Some of its beers were brewed under contract at the Full Sail Brewing Company in Hood River until 2013.

There is a sturdy toothed bar attached to the back for immediate hanging or two triangle hooks on either side!