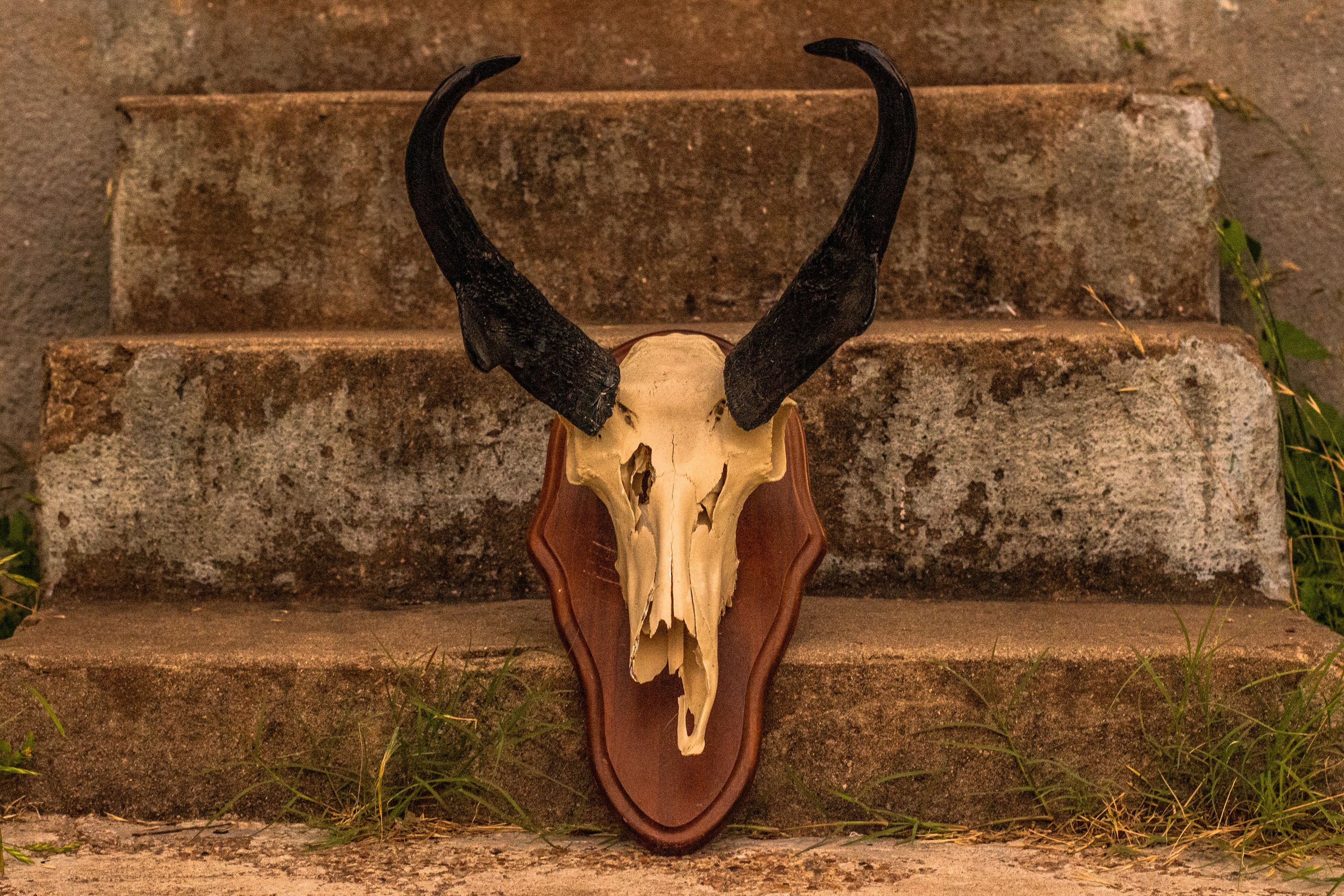 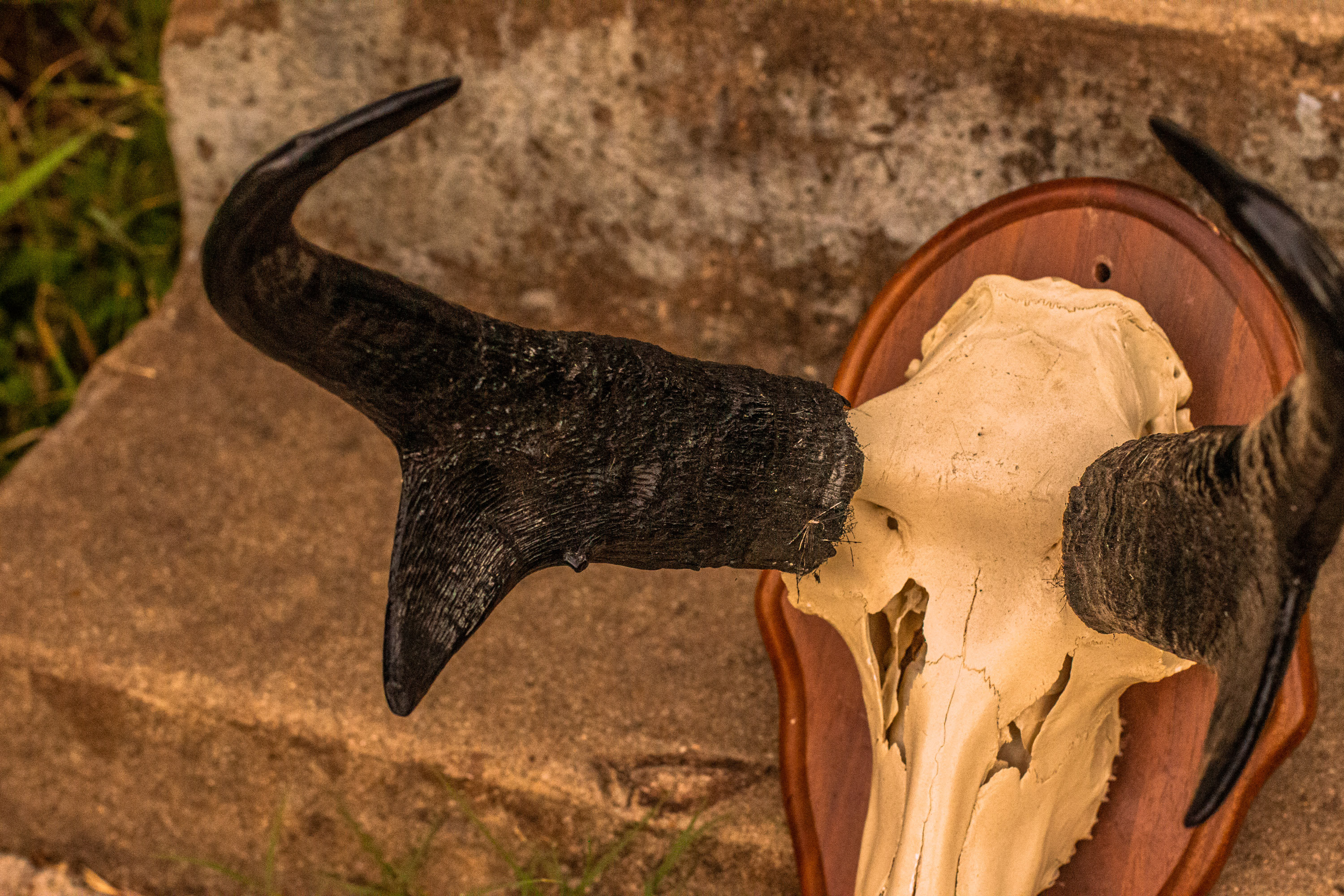 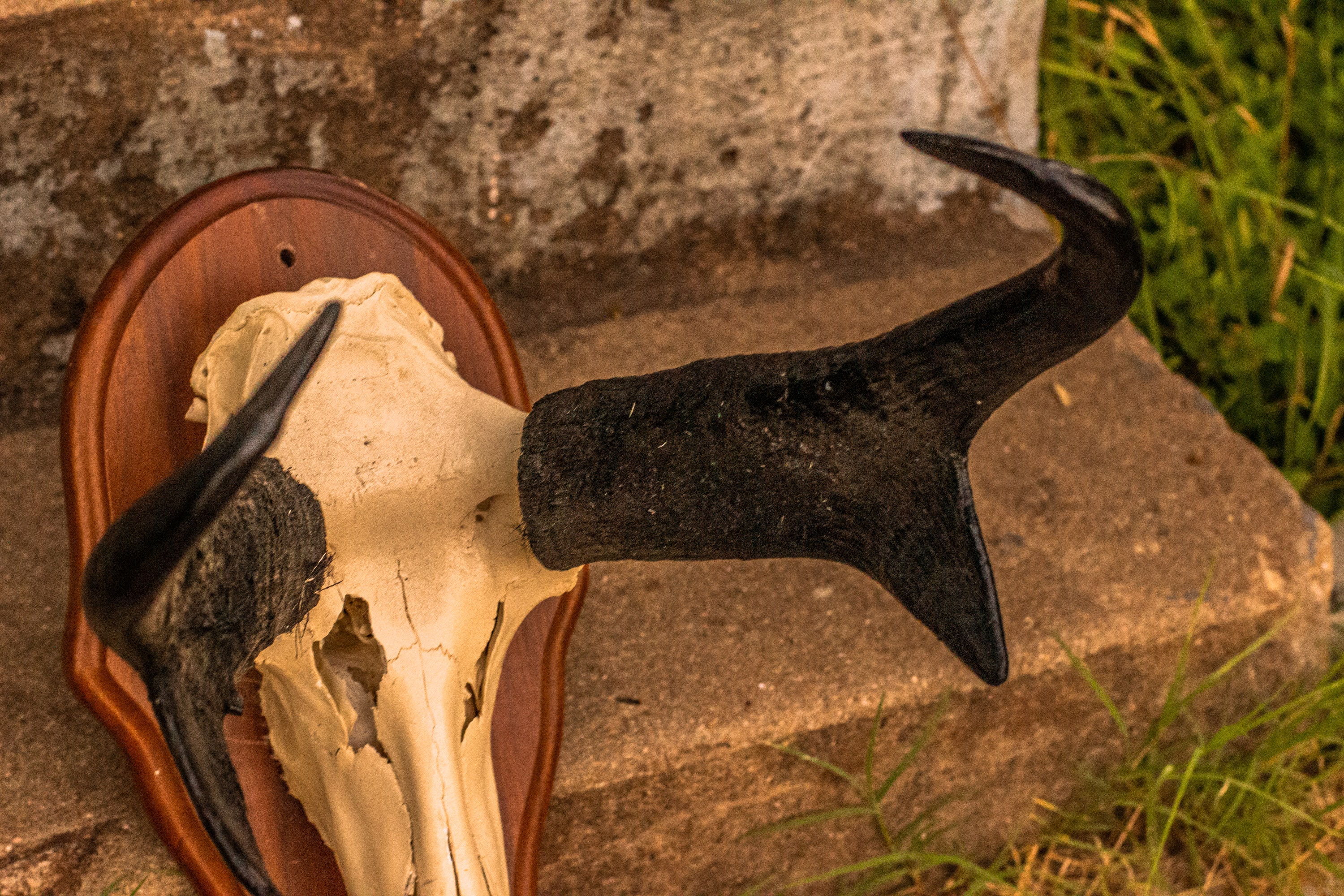 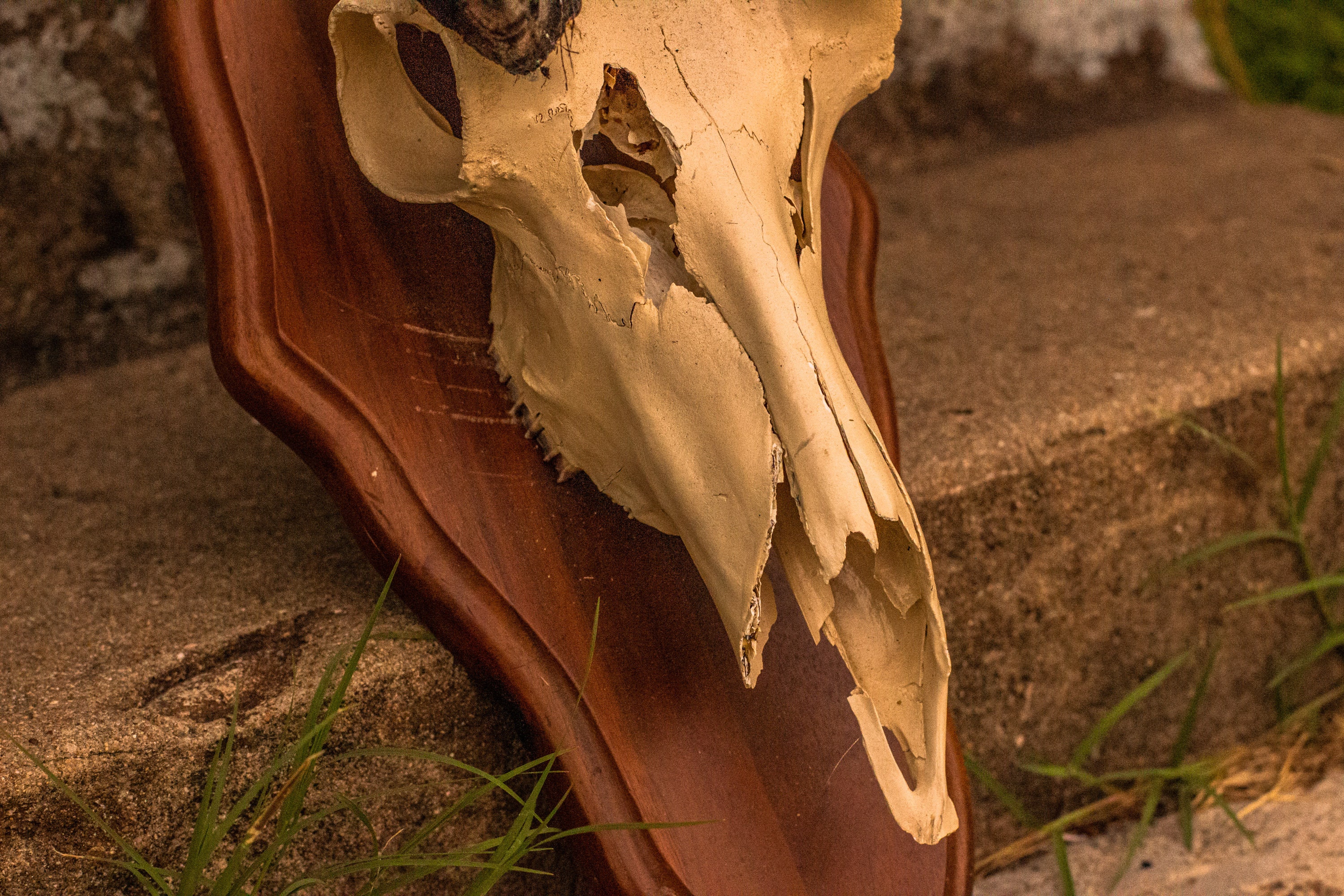 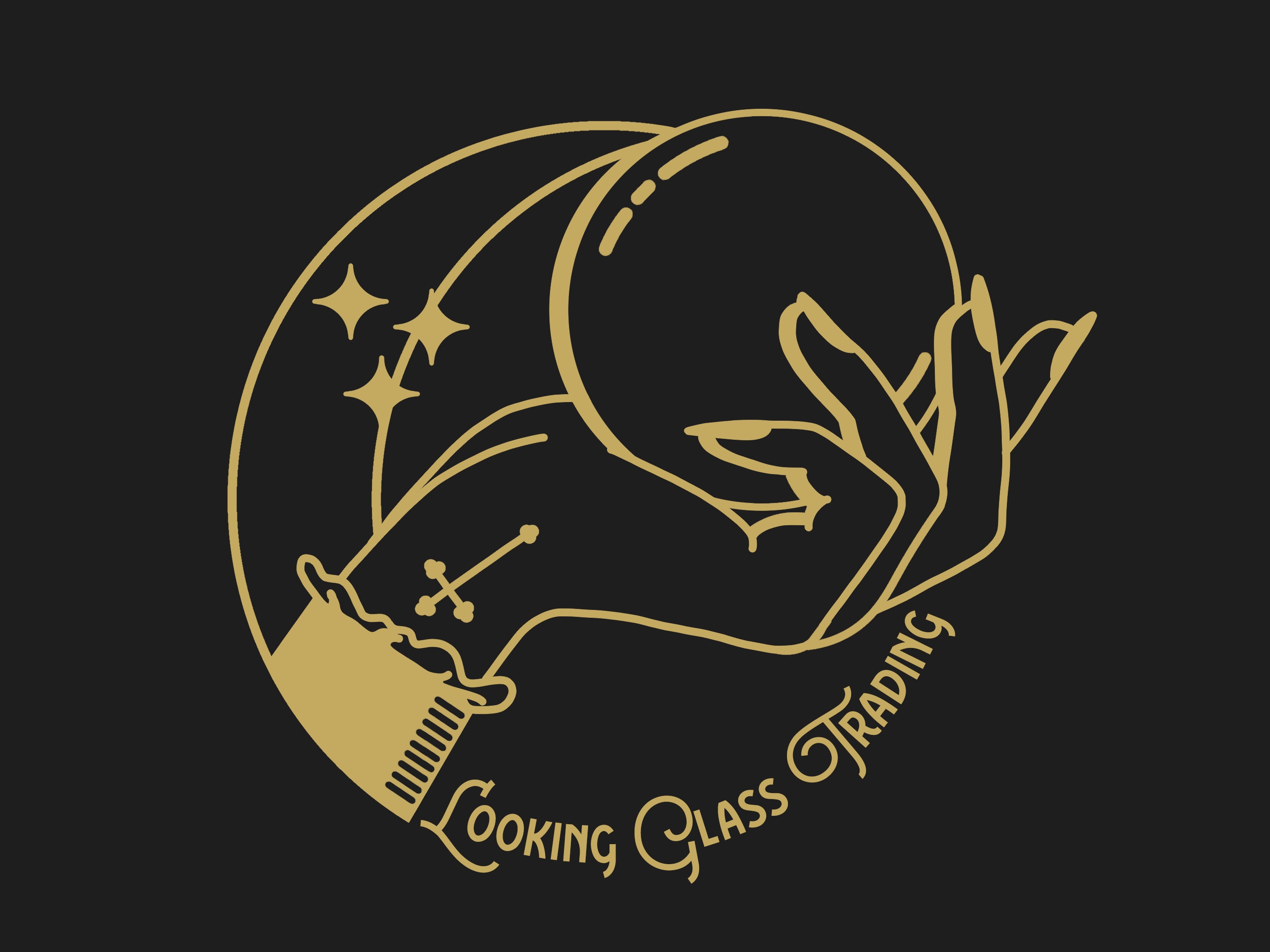 A staple in any collection, the Pronghorn is a mammal indigenous to interior western and central North America. Though not an antelope, it is often known colloquially in North America as the American antelope, prong buck, pronghorn antelope, prairie antelope, or simply antelope because it closely resembles the true antelopes of the Old World and fills a similar ecological niche due to parallel evolution. It is the only surviving member of the family Antilocapridae.

As a member of the superfamily Giraffoidea, the pronghorn's closest living relatives are the giraffes and okapi. The Giraffoidea are in turn members of the infraorder Pecora, making pronghorns more distant relatives of the Cervidae (deer) and Bovidae (cattle, goats, sheep, antelopes, and gazelles), among others.

The pronghorn is the symbol of the American Society of Mammalogists.

Spectacular condition for its age, and equipped with a hole through the wooden plaque, ready to mount. There are a few small scratches on the front of the plaque, which presumably happened during the mounting process.